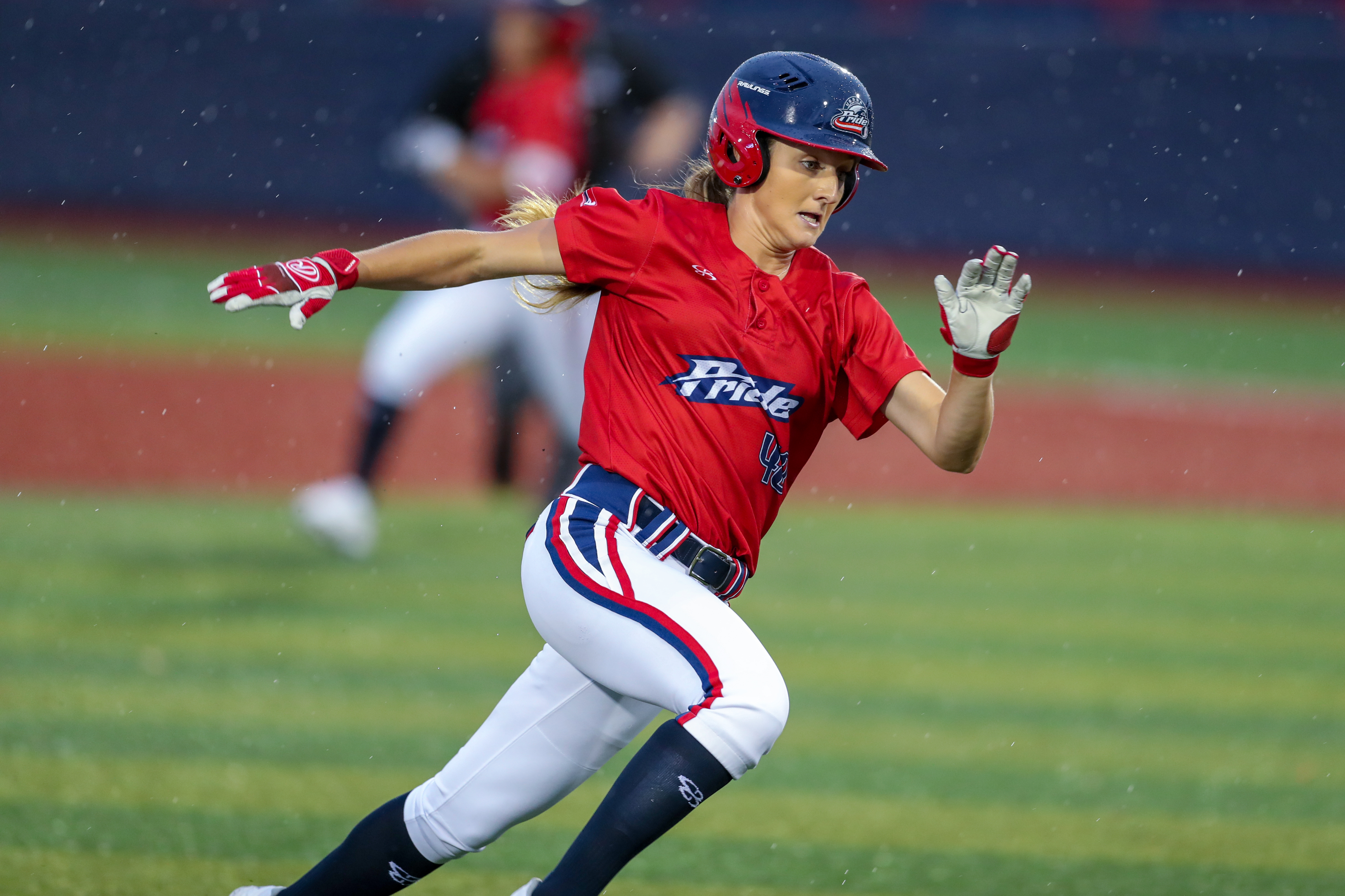 VIERA, FL (June 1, 2018) – The USSSA Pride shutout the Aussie Spirit in both games of a doubleheader improving their season record to 3-0.

The Pride won the six-inning battle against the Aussie Spirit 4-0 after the game was called early due to lightning in the area.

Jessica Burroughs tallied her first win of the season after throwing four scoreless innings. Burroughs gave up only one hit and struck out one. Kelsey Nunley threw two shutout, hitless innings in relief while striking out three.

Allexis Bennett brought the offensive to life in the bottom of the second, scoring Hallie Wilson to give the Pride the lead 1-0. Catcher Chelsea Goodacre followed with a RBI single to score Bennett and extend the lead to 2-0.

In the bottom of the fifth, Megan Wiggins drove in Mo Mercado with a RBI single to increase the lead to 3-0. Bennett recorded her second RBI of the game with a shot to the 3-4 hole scoring Wilson.

Bennett was named the Vaultz Lock it Up Player of the Game for her day at the plate going 3-4 with two RBIs. The Pride offense tallied nine hits on the game with RBIs from Bennett, Wiggins, and Goodacre. Hallie Wilson finished game one going 2-2 with two runs scored.

The Pride were dominant in the circle once again in game two throwing seven shutout innings and used timely hitting to take the game 2-0.

Chelsea Goodacre started the game off early with a clutch RBI to score Allexis Bennett with 2 outs in the bottom of the first to put the Pride in the lead.

After three scoreless innings, Sierra Romero led off the bottom of the fifth with a double to left center. Goodacre followed with a single moving Romero over to third. Hallie Wilson followed with a RBI single to bring the score to 2-0.

The Pride totaled 10 hits as a team but managed only 2 RBIs by Wilson and Goodacre.

Jolene Henderson was credited with the win after throwing five shutout innings and only 65 pitches. She allowed only one hit and struck out five. Nunley once again entered in relief, throwing two scoreless innings while striking out five and allowing only one hit.

Henderson was named the Vaultz Lock it Up Player of the Game for her dominance in the circle.

The Pride continue the series against the Spirit on Saturday with a 7:05 P.M. game at USSSA Space Coast Stadium. Saturday’s game is a special night with the Brevard Public Schools. All students in Brevard County received admission to Saturday’s game.

National Pro Fastpitch is headquartered in Nashville, TN. The league, created to give elite
female fastpitch players the opportunity to pursue a professional career in their chosen sport, has
operated since 1997 under the names of Women’s Pro Fastpitch (WPF) and Women’s Pro
Softball League (WPSL). NPF is the Official Development Partner of Major League Baseball in
the category of women’s fastpitch softball since 2002.

The USSSA Florida Pride is a professional franchise in the National Pro Fastpitch League that is
owned and operated by USSSA. The amateur organization of USSSA has multi-sport coverage
and encompasses teams and players from the United States and abroad.

Pride Dominate in Season Opener
Pride Swing Their Way into 14-1 Victory over Spirit.