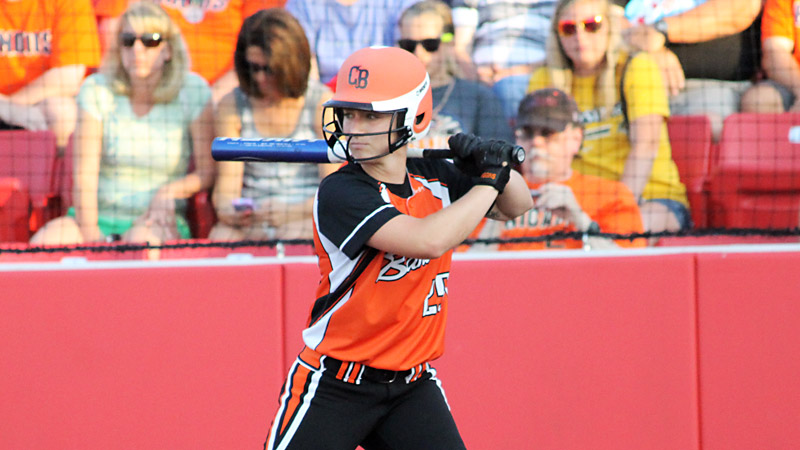 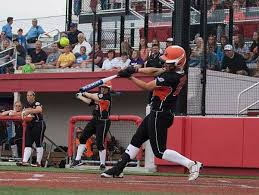 Megan Wiggins was the NPF Player of the Year in 2013 after hitting .433 with 11 homeruns

Kissimmee, FL–Jan 22, 2015-The USSSA Florida Pride announced on Thursday the trade for former National Pro Fastpitch (NPF) Player of the Year Megan Wiggins. The Pride traded catcher Kristyn Sandberg, the sixth and 14th overall picks in the 2015 NPF Draft to the Pennsylvania Rebellion for Wiggins and the 11th overall pick in the 2015 NPF Draft. Wiggins had been traded from the Chicago Bandits to the Rebellion earlier this week.

“The signing of Megan Wiggins brings one of the most powerful bats in the country as well as one of the top defensive outfielders to our lineup. There are not many opportunities to add a player of this caliber,” said Pride General Manager Don DeDonatis.

Wiggins spent her first four years in the NPF with the Chicago Bandits, who drafted her eighth overall in 2011 out of the University of Georgia. Her best season statistically came in 2013 when she led the league with 61 hits, batted .433 on the season and hit 11 homeruns with 35 RBIs.

In the offseason, Wiggins plays in the Japan Softball League, the same league where Pride veterans Natasha Watley and Keilani Ricketts compete. She also owns a softball facility in Winder, Georgia called RipZone where she runs softball lessons and agility work with fastpitch players and teams.

Sandberg returns to the Northeast where her softball roots began. The 2012 Miken Rookie of the Year and the Pride’s second overall pick in 2012 is a native of Island Park, NY. Sandberg brings a powerful bat and fills a void behind the plate. Earlier this week, the Rebellion traded their top catcher from the 2014 season, Taylor Edwards, and her twin sister and pitcher Taylor, to the Bandits for Wiggins and pitcher Andi Williamson.

The addition of Wiggins adds lefty power, speed, and a strong defensive presence to the back-to-back NPF Champion roster.