Diamond Renews as Official Softball of the NPF 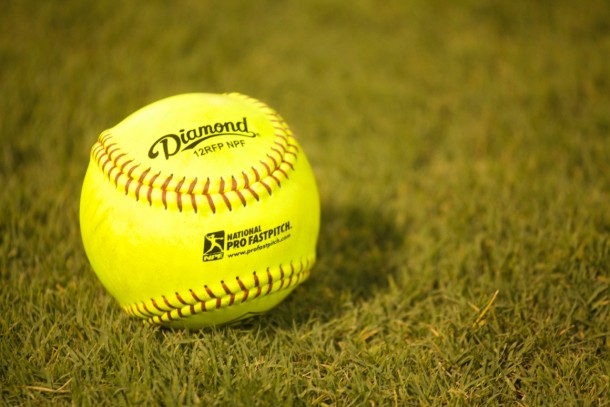 Nashville, TN – January 26, 2015 – National Pro Fastpitch announced an agreement between the league and Diamond Sports that extends the sporting goods manufacturer as the Official Ball of the NPF through the 2017 season.

Diamond became the Official Ball of the NPF in 2006. The NPF 2015 season will mark the 10th anniversary of the NPF/Diamond relationship. The ball category is one of only three exclusive partner/supplier categories that currently exist in the NPF, with the helmet and uniform as the other two.

“We are extremely proud to continue our relationship with Diamond Sports as the Official Ball of the NPF,” said NPF Commissioner, Cheri Kempf. “We have a terrific partnership with Diamond that we look forward to continuing. This is an exciting time for the NPF and we are grateful to have a quality partner like Diamond whose commitment to securing the platform of professional fastpitch continues to grow.”

The new contract through 2017 will mark 12 years, making Diamond Sports the longest manufacturer of the NPF Official Ball in the league’s history.

“With all the excitement surrounding the NPF in the last year, we are thrilled to continue our long lasting relationship with the leader in professional women’s sports,” said Andrea Gordon, President of Diamond Sports.  “The level of play and commitment to excellence on and off the field goes hand in hand with our corporate values and dedication to our sport. We looked forward to being in the circle in every NPF game for the next three years!”

The NPF season will kick off May 29th in Washington, PA as the PA Rebellion host the Chicago Bandits on Opening Day of 2015. The league currently has five affiliate teams located in Akron, OH; Chicago, IL; Dallas, TX; Kissimmee, FL; and Washington, PA.

Diamond Sports is a leading sports manufacturer specializing in baseball, softball, and football products.  Diamond strives to promote the advancement of competitive sports on all levels by delivering high-end quality products with unbeatable customer service.  Diamond Sports is online at www.diamond-sports.com

About National Pro FastpitchNational Pro Fastpitch (NPF) is headquartered in Nashville, Tenn. The league, created to give elite female fastpitch players the opportunity to pursue a professional career in their chosen sport, has operated since 1997 under the names of Women’s Pro Fastpitch (WPF) and Women’s Pro Softball League (WPSL). NPF is the Official Development Partner of Major League Baseball in the category of women’s fastpitch softball and has been since 2002. http://www.profastpitch.com