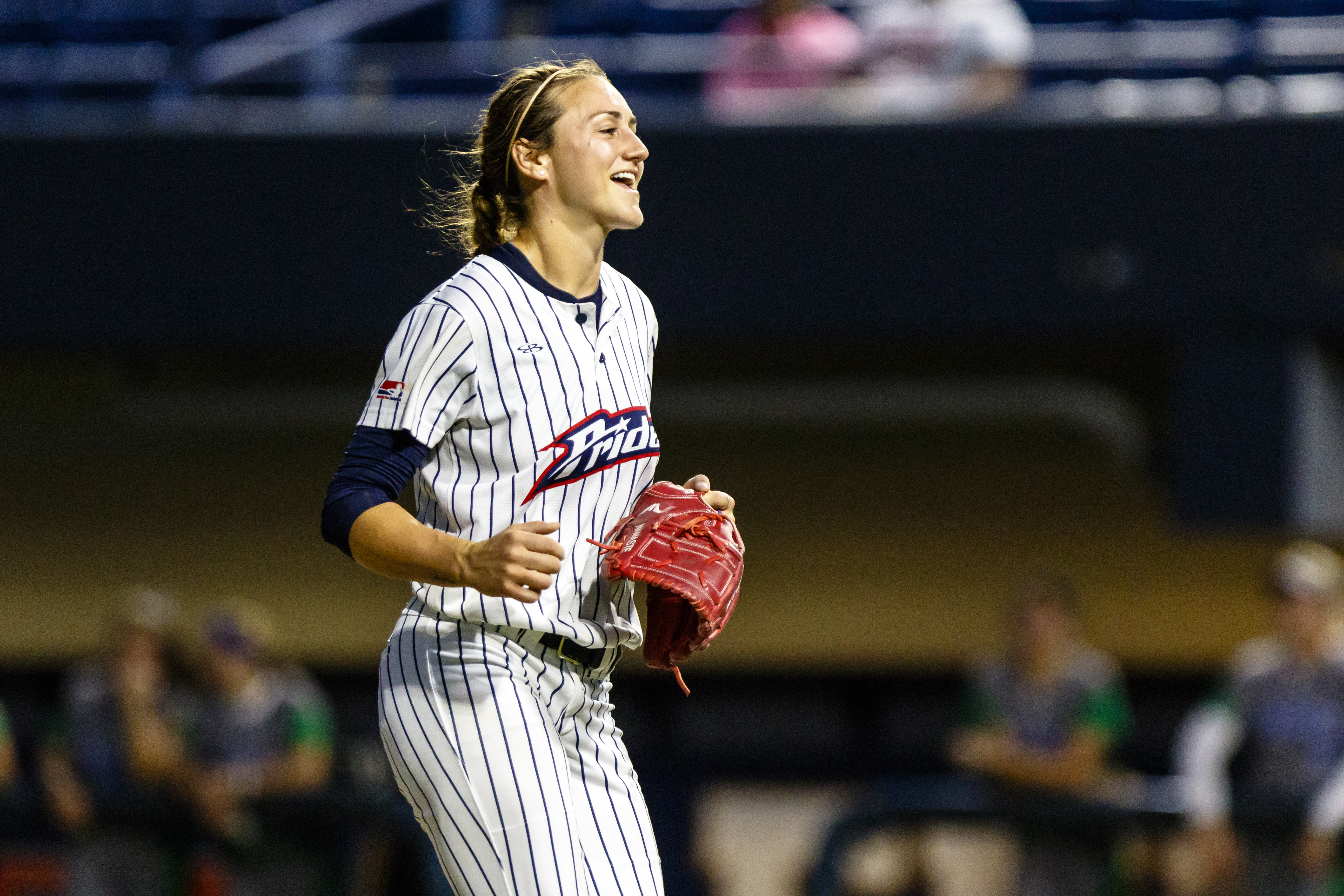 Henderson in 2018 earned the Diamond Sports Pitcher of the Year Award after the right-hander posted a stellar 10-0 record throughout the regular season with a miniscule 0.40 ERA as part of a dominant Pride pitching staff. Henderson paced the club with 70.0 innings of work in the circle and surrendered just four earned runs. She also maintained a 6-to-1 strikeout-to-walk ratio.

“Jolene’s performance in the circle is clearly second to none as her season stats have proven and she was a key component to our team’s success last season,” Pride general manager Don DeDonatis said. “Her passion and energy for the game is on an entirely different level.  She brings veteran leadership to the table and we’re looking forward to seeing more of the same in 2019.”

In her off season this year, Jolene is working with the Florida Gator softball team as their volunteer assistant coach.  Gator head coach Tim Walton is quoted as saying “We are excited to hire someone with Jolene’s credentials, character and work ethic” something the Pride has experienced for 3 years and hopes to continue for years to come.