USSSA Pride 10U Has Great Weekend in Competitive Field 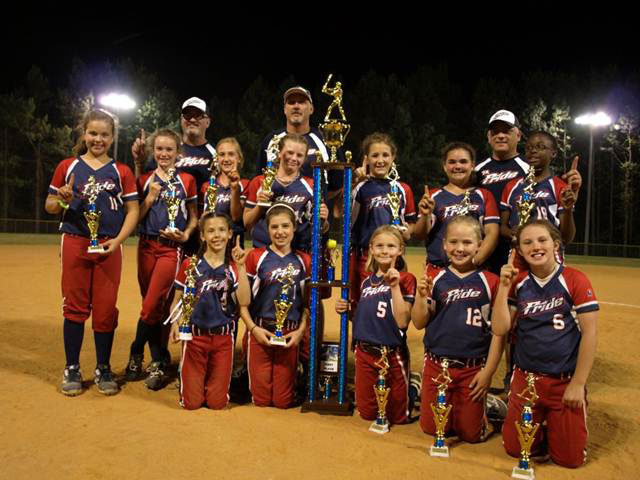 What an awesome weekend of softball. The USSSA 10U Pride placed 3rd against a very competitive field. Losing two heart breakers by 1 run. The Pride played outstanding, winning 7 games in regular play going undefeated scoring 90+ runs for the weekend only to come up short against a very good hitting team in Extreme Whippets.

The USSSA has many junior Pride teams throughout the country and it continues to be a huge success in giving young girls the chance to play in their favorite pro teams colors. They can dress like a pro while trying to play like pro’s.