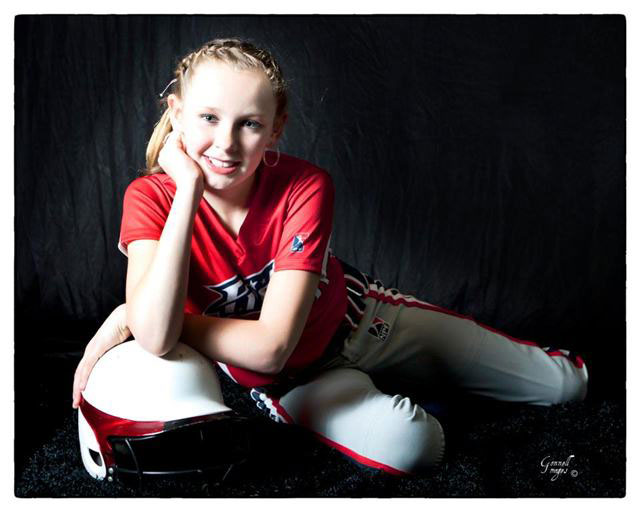 In 2011, USSSA embarked on the Junior Pride Program with a prototype team out of Michigan.  Although there were other teams wearing the name Pride across their jersey; there was only one USSSA sponsored Junior Pride Team: The USSSA Michigan Pride Stars 10 and under team based out of Canton, Michigan.  The Michigan Pride hosts 3 USSSA tournaments in Michigan every year and had three teams attend the 2011 World Series, just as they have for over 10 years.  President of the Michigan Pride and longtime USSSA supporter Dan Bressler states, “Our organization has been affiliated with USSSA for over 10 years.  Every year, USSSA takes strides in offering our youth girl’s fastpitch program more; making it a premier organization. We are thankful to Gordon Glennie for allowing us to host USSSA tournaments; we are fortunate to have this opportunity that allows our organization to raise the funds necessary to attend the USSSA World Series.  Participating in the Junior Pride Program keeps our girls excited all year long.  By being given the opportunity to wear the same style uniforms as the pro pride team makes our girls feel special and very proud at every tournament.  Their anticipation and excitement builds all season long as they look forward to meeting and interacting with their “idols” at the World Series in Florida.  With no losses in our state and the opportunity to spend time with the pros; our team created memories that will last their entire lives.  Our team was only afforded this opportunity by being a USSSA Junior Pride team; it is an experience like no other.  We thank USSSA for their continued support and commitment to girls youth fastpitch now and into the future.”

The first Junior Pride team in history made history.  The 10 and under team out of Michigan had a 66-3 record in 10 and under; with no losses in Michigan; beating every team they played once. They had one loss in Indiana to a team they had beat once and two losses they experienced at the World Series from the World Series Champion.  They racked up an impressive 11-4 record in the upper 12 U division in Michigan; being crowned champion of their own USSSA Pride Spring Tournament.  With a 77-7 record overall, the USSSA Michigan Pride 10U won both games they played in Championship Stadium at ESPN/Disney Wide World of Sports at the USSSA World Series; taking second place while winning 9 straight games beating the Texas, Florida, Ohio and Kentucky State Champions along the way.  Six year player and ace pitcher of the Michigan Pride Organization Jennifer Bressler was awarded the Offensive MVP of the World Series, hitting an impressive .471 with 16 hits, 0 strike outs, 12 RBI’s while scoring 11 runs for the series.  At the end of the tournament, during a Pro Pride game, our players presented Don DeDonatis, CEO of USSSA, with our team banner and an autographed ball to place in the USSSA Hall of Fame museum.  The girls were truly in a league of their own.

With the success of the USSSA Michigan 10 and under and the overall accomplishment of the program, USSSA decided to offer the Junior Pride Program to USSSA registered teams across the country.  “The USSSA Junior Pride Program was started by USSSA CEO Don DeDonatis.  He had a vision for female softball player of all ages, from 10-18; to have the opportunity to wear uniforms like the Pro’s, for youth to meet and talk to their heroes while attending the USSSA World Series at ESPN Wide World of Sports at Disney-a place where dreams really do come true.” states Gordon Glennie, Assistant General Manager of the USSSA Pride and Junior Pride Program Director.  “It has been an honor to oversee such a venture for USSSA, while also having the opportunity to see my granddaughter McKenzie as a USSSA Junior Pride participant.”  Hightower out of West Virginia was also thankful, “I want to give a special thanks to USSSA Florida Pride’s Assistant General Manager Gordon Glennie for making the Junior Pride program a reality.” 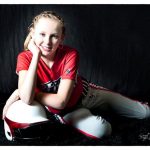 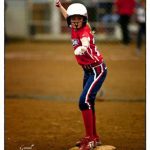 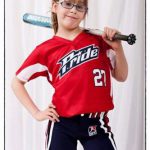 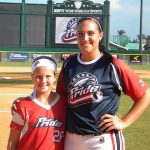 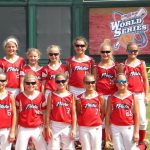 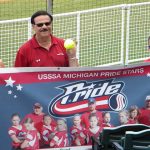 For the 2012 season, USSSA, in partnership with the national Professional fastpitch franchise (NPF) invited a select number of member teams to look the part of their favorite USSSA Pride Players.  Former Olympians and College World Series stars such as Cat Osterman, Jessica Mendoza, Danielle Lawrie, Kelsey Bruder and Francesca Enea!  To become a part of the Junior Pride program, the requirements stated that all USSSA registered teams were deemed eligible to apply; the organizations must show support of their local and regional USSSA affiliates and participate in their State Tournament.  Over 50 teams were accepted into the Junior Pride program this year.  Across the country you will see USSSA Junior Pride teams with replica uniforms of the Pro Pride.  From California, Florida, Georgia, Michigan, Illinois, Kansas, Maryland, North Carolina, Missouri, New Jersey, New Mexico, Tennessee, Texas, Wisconsin to West Virginia; the program has hit the ground running and is positively promoting the sport of fastptich and the organization around the country.  Recently appointed West Virginia State Fastpitch Director and coach of the 10 and under USSSA West Virginia Pride states, “After becoming part of the USSSA family last year as West Virginia State Fastpitch Director, my experience with USSSA has been great!  When the announcement of the Junior Pride Program became available August of 2011, it was a pleasure to pass this opportunity along to the teams of West Virginia. We have four USSSA Junior Pride teams at 8U, 10U, 12U and 16U.  USSSA has been very supportive of growth of fastpitch over the last several years.  The girls really enjoy wearing similar looking uniforms as the USSSA Pro Pride Team.  They look up to many of the woman that play for the USSSSA Pride.  Our 10U and 16U are gearing up to play in the 2012 USSSA World Series.  The teams are excited to be able to meet and play against the other Junior Pride teams throughout the United States.”

With excitement and realizing his teams are fortunate for the opportunity USSSA has provided, Jim Hightower has plans to give back and pay it forward.  “Our 10U team has plans on volunteering at Give Kids the World during their visit to the World Series.  Give Kids the World is a village where terminally ill children can stay while they are on their Make A Wish Trips.  Give Kids the World is close to my heart due to having my daughter Chloe staying there for her Make A Wish trip in 2007.  The families are looking forward to the opportunity to give back to such a great organization.”

Benefits of becoming a Junior Pride team offer the opportunity for the chosen teams to buy into uniform packages that include NPF licensed uniforms that are uniquely styled just like the Pro Pride, bat bags, batting gloves, hitting jackets and more.  Specially priced equipment packages for teams from the Pro Prides manufacturing partners such as Worth, Mizuno, Louisville Slugger, Combat and Wilson/DeMarini.  Selected teams will also have the opportunity for a personal “Meet and Greet” with the professional Pro Pride Players and get the opportunity to participate in a Junior Pride exclusive clinic instructed by the Professional Pride Players at the World Series in Kissimmee, Florida.

USSSA Pride 10U Has Great Weekend in Competitive Field