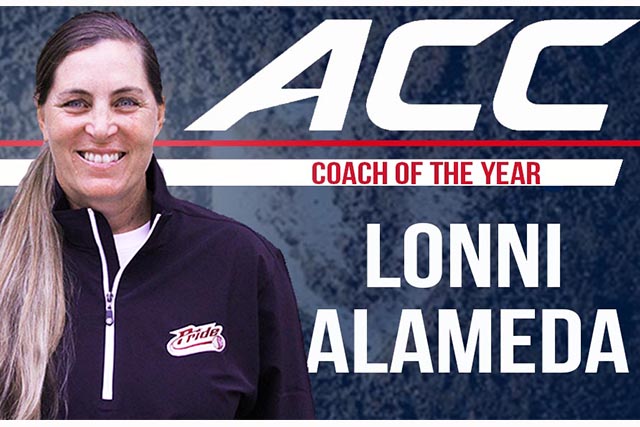 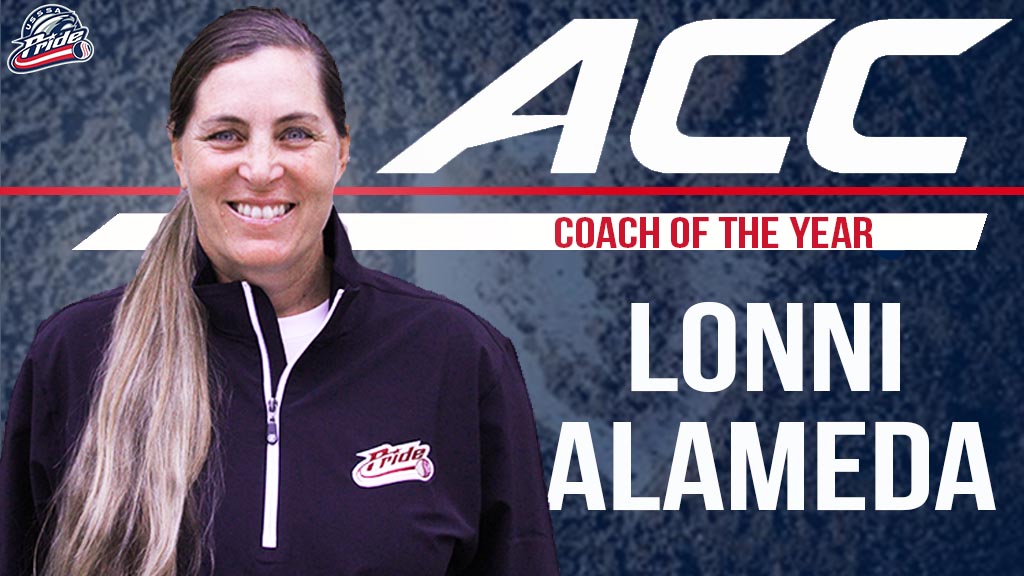 USSSA would like to congratulate Lonni on her fourth-straight ACC Coach of the Year honor and the Seminoles on their fourth consecutive ACC regular season championship title.

“This has been a great season so far for this team and this program and I’m proud of what they all have achieved and are being recognized for,” said Alameda.

Alameda has led the Noles to a 21-2 record in conference play and 45-8 overall and continues to transform the Noles softball program into one of the top college programs. With seven players earning postseason conference recognition and three individual conference awards, the post season looks bright for the Seminoles.

“It is an honor and we have some amazing coaches in our conference, and we are all trying to push softball to higher levels and represent the ACC well,” said Alameda. “I’m really proud of this team. We talked about being a young squad in the beginning, but due to the leadership of our upperclassmen and their ability to keep the freshmen’s heads above water, it has put us in a great position postseason-wise. As a coaching staff, it’s been awesome to see the light bulbs continue to go off when we see them believe and trust in the process. And this is definitely a coaching staff award and a coaching staff program award. We’re really honored to represent the ACC.”

National Pro Fastpitch (NPF), an Official Development Partner of Major League Baseball since 2002, provides elite female athletes with an opportunity to pursue a professional career in diamond sports beyond their collegiate success.  The 2016 NPF season will be televised on CBS Sports Network. Coverage includes the NPF College Draft presented by Bownet on Thur., April 14, followed by 23 regular-season games, a Championship Series Preview Special and the 2016 NPF Championship Series.  The NPF recently announced that the Scrap Yard Dawgs, located in The Woodlands, Texas, will join the Akron Racers, Chicago Bandits, Dallas Charge, Pennsylvania Rebellion and USSSA Florida Pride for the 2016 season. National Pro Fastpitch players hail from the U.S., Australia, Canada, Japan, the Netherlands and New Zealand, representing the most accomplished and talented athletes in the sport of women’s softball.