Pride Swing Their Way into 14-1 Victory over Spirit. 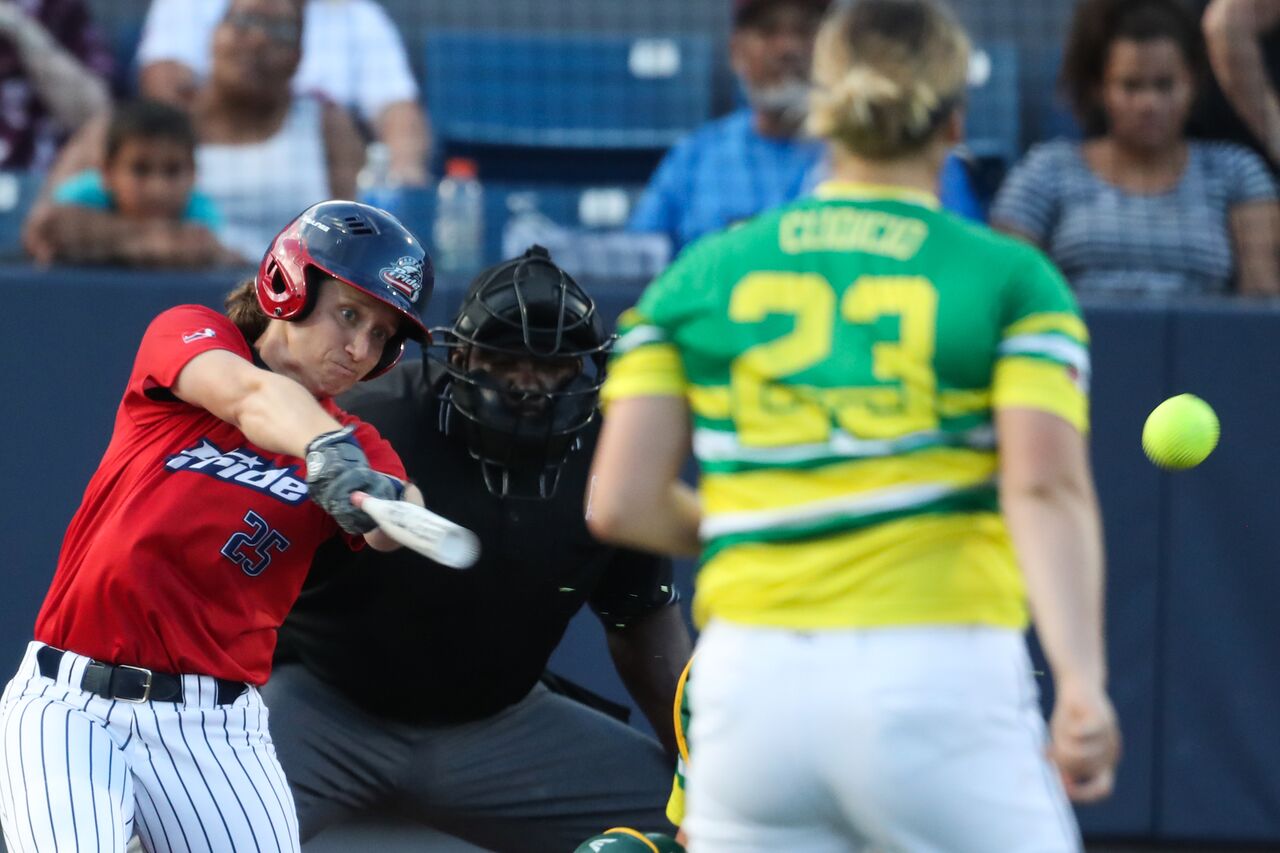 The scoring started early by Sierra Romero and the runs continued to stack up the entire ball game.

In the bottom of the first Megan Wiggins starts it off with a leadoff walk. The speedy Allexis Bennett follows, with a base hit for the second base runner of the game.

Romero with a double scored Wiggins and Bennett, making it a 2-0 lead for the Pride.

Rewarding her teammate, Chlesea Goodacre comes up with a sacrifice fly to right field, scoring Romero from third, advancing the lead to 3-0 for the Pride.

Sahvanna Jaquish crushed a double to left center before Hallie Wilson crushed a RBI single past the shortstop. The RBI by Wilson created a 4-0 lead for the Pride.

Pride exploded in the bottom of the second inning to add six more runs to the board, furthering their lead to 10-0.

Almost an identical situation in the bottom of the second, Wiggins walked, Bennett and Romero got on base, but it was Goodacre who came in clutch with a two-run single to right field that put the Pride up 6-0.

Jaquish and Wilson get on base, and Wilson scored an RBI making it a quick 7-0 lead.

Alex Powers walked with 2 outs and bases loaded, which brought in Goodacre, to make it an 8-0 lead and to bring it back up to Wiggins in the lead off spot.

Wiggins then hits a shallow single to left field, scoring two more, to further the lead to 10-0.

A two out doubled laced by Shelby Pendley with bases loaded to exceed the score to 12-0 in the bottom of the third.

Powers walks and brings Wiggins up to the plate again, to hit in another two runs, bringing the Pride’s lead to 14-0.

After an hour and 30-minute lightning delay, Pride and Aussie Spirit took the field again.

The Pride picked it back up after the delay, started with Powers on second, Wiggins on first, and Bennett to the plate grounds out for, finally, the third out of the inning.

In the top of the fourth, Aussie Spirit gets on across by a solo homerun to center by Taylah Tsitsikronis to make the score 14-1 in the fourth.

In the fifth, the Aussie Spirit get two more hits, but none across the plate.

In the circle and getting the win for the 5-inning appearance was Jessica Burroughs. Throwing a no hitter until the solo homerun in the fourth. Giving up only one hit and striking out six.

The game was called early due to lightning in the area.

The Vaultz Lock it up Player of the game was Megan Wiggins for her efforts at the plate. Going 2-2 with two-runs scored and four RBIs.

On Sunday June 3, the Pride take on a single game against the Beijing Eagles at 3:05 P.M. ET at USSSA Space Coast Stadium.

The USSSA Florida Pride is a professional franchise in the National Pro Fastpitch League that is
owned and operated by USSSA. The amateur organization of USSSA has multi-sport coverage
and encompasses teams and players from the United States and abroad.