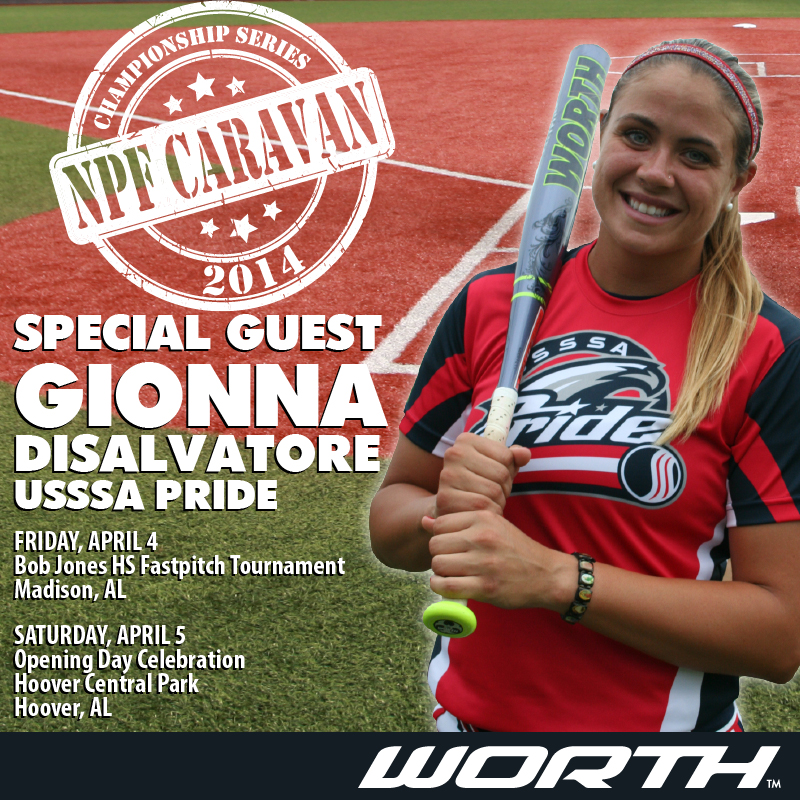 Special Guest Gionna Disalvatore of the USSSA Pride is coming to Alabama!