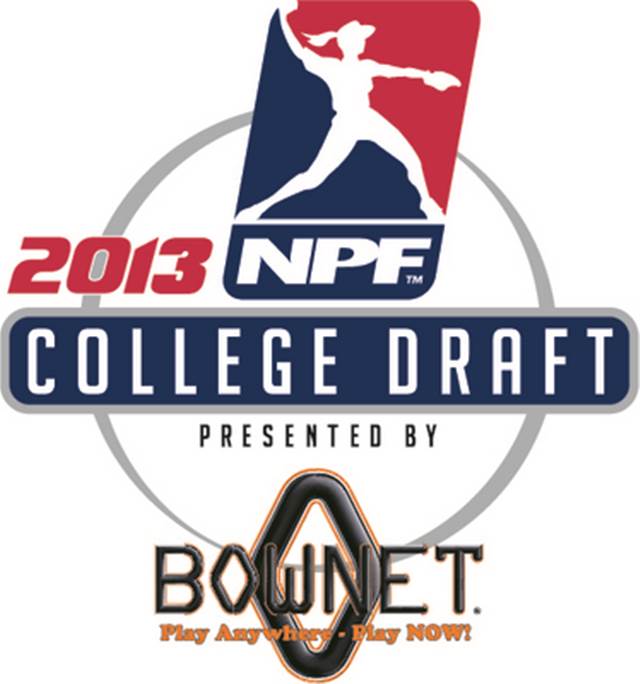 Nashville, Tenn.- National Pro Fastpitch announced final plans today for the 2013 College Draft. The Draft will be held in downtown Nashville, Tennessee on April 1 at 8:00 pm EST and will take place at the Ford Theatre located inside the Country Music Hall of Fame and Museum. Softball fans across the country will be able to share in every minute of the Draft through a live broadcast presented by NPF on ESPN3.

“We are nearing a time for passing the torch in the NPF, a time that has seen and will continue to see the Olympic stars of our game move through. Those players made courageous decisions to build the professional game of fastpitch softball for future generations,” commented NPF Commissioner, Cheri Kempf.

“This is the time for a new generation of athletes to accept the responsibility of continuing the commitment to the professional game. These are athletes who have gained notoriety and popularity through the immense and ever-increasing television coverage of college softball. And it is these athletes who will continue to make an impact on the growing popularity of professional softball by furthering their careers at the highest competitive level possible in the NPF.”

The NPF College Draft in 2013 is presented by BOWNET, a new supporter and supplier to the NPF in 2013. “Our College Draft is such an exciting and important time for the NPF and we are thrilled that BOWNET and its President, Jack Lucas see the value in delivering this event to softball fans across the country,” said Commissioner Kempf. “We look forward to a long lasting relationship with BOWNET and hope the opportunity continues for Draft coverage in the future.”

The NPF College Draft by BOWNET will feature 5 rounds of 4 selections for a total of 20 overall draftees in the 2013 rookie class. Drafting an athlete gives an NPF affiliate team rights to that athlete for two full seasons. Since 2010, the #1 draft pick has come out of the Southeastern Conference. Last year’s first choice overall went to the USSSA Pride, who selected LSU’s Brittany Mack.

With a last place finish in the 2012 standings, the Akron Racer’s are positioned to make the first selection in the 2013 Draft. The NY/NJ Comets, the newest team to the League, will be drafting in the second spot overall followed by the Chicago Bandits in third. The USSSA Pride, winners of the 2012 regular season Ringor Cup, will be drafting in the fourth overall position. Trades and negotiations right up until selection time, may alter the order.

The Draft will be broadcast live on ESPN3 and fans can also follow along with the event through league and teams Facebook and Twitter sites. The 2013 Draft order currently is positioned as follows: 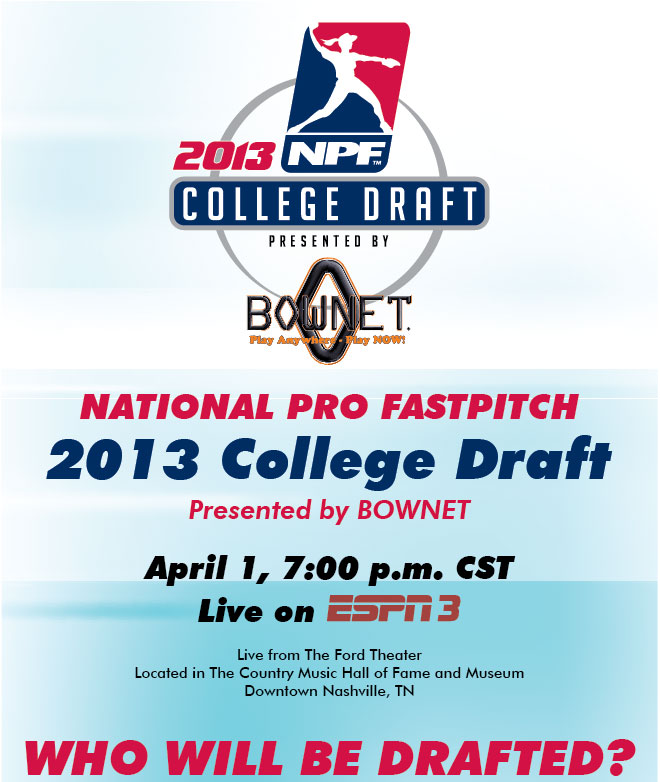