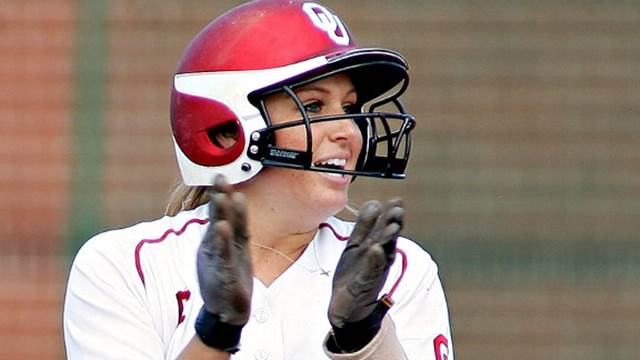 Kissimmee, FL- Keilani Ricketts, Jessica Shults, and Chelsea Thomas were selected by the USSSA Pride in the 2013 NPF Draft held in Nashville, TN held at Ford Theatre inside the Country Music Hall of Fame and Museum on Monday. It was a memorable draft for the NPF as it was the first Pro Fastpitch Draft that aired on ESPN3.

Oklahoma’s Keilani Ricketts was selected by the Pride in the first round, with the 4th Overall Pick

Keilani Ricketts was the Prides first pick, picked 4th overall by the Pride. Ricketts is a 6-2 senior pitcher out of Oklahoma. Ricketts lead the sooners to the Women’s College World Series Championship series last year and has been a member of team USA the past two summers. She is also the reigning USA softball collegiate player of the year. Entering her senior season she collected 1,255 career strikeouts and has tied a school record for 38 career shut outs. Click Here for the official Oklahoma Press Release.

The Pride picked another Sooner with the selection of Jessica Shults with the 5th overall pick . Shults scored 4 runs and had 3 RBI helping Team USA win silver last summer. In 2012 at Oklahoma, Shults was named a first team NFCA All-American. She entered her senior season at Oklahoma with a school record .731 career slugging percentage and ranked second all-time at Oklahoma in HR with 54.

USSSA Pride GM Don DeDonatis was available for comment after the draft and was asked about drafting Ricketts and Shults to the Pride. “That’s what we talked about, we watched the World Series last year and that was our dream to get both of them,” USSSA Pride General Manager Don DeDonatis said on ESPN3. “They’re the two girls we wanted to land. They’re awesome on the field and just as good for us off the field.”

With their final pick the Pride choose Chelsea Thomas 20th overall. Thomas is a senior pitcher at Missouri. This year she’s 12-1 for the Tigers. Currently she has 99 career victories and is the schools all-time strikeouts leader with 1,048 in her career. She’s pitched in 3 Women’s College World Series(2009, 2010, 2011) and twice has been named Big 12 pitcher of the year(2011, 2012). Click Here to see the Official Missouri Tigers Press Release.

The USSSA Pride open their season at home against the NY/NJ Comets on Sunday, June 9 at 8:05PM at Osceola County Stadium.