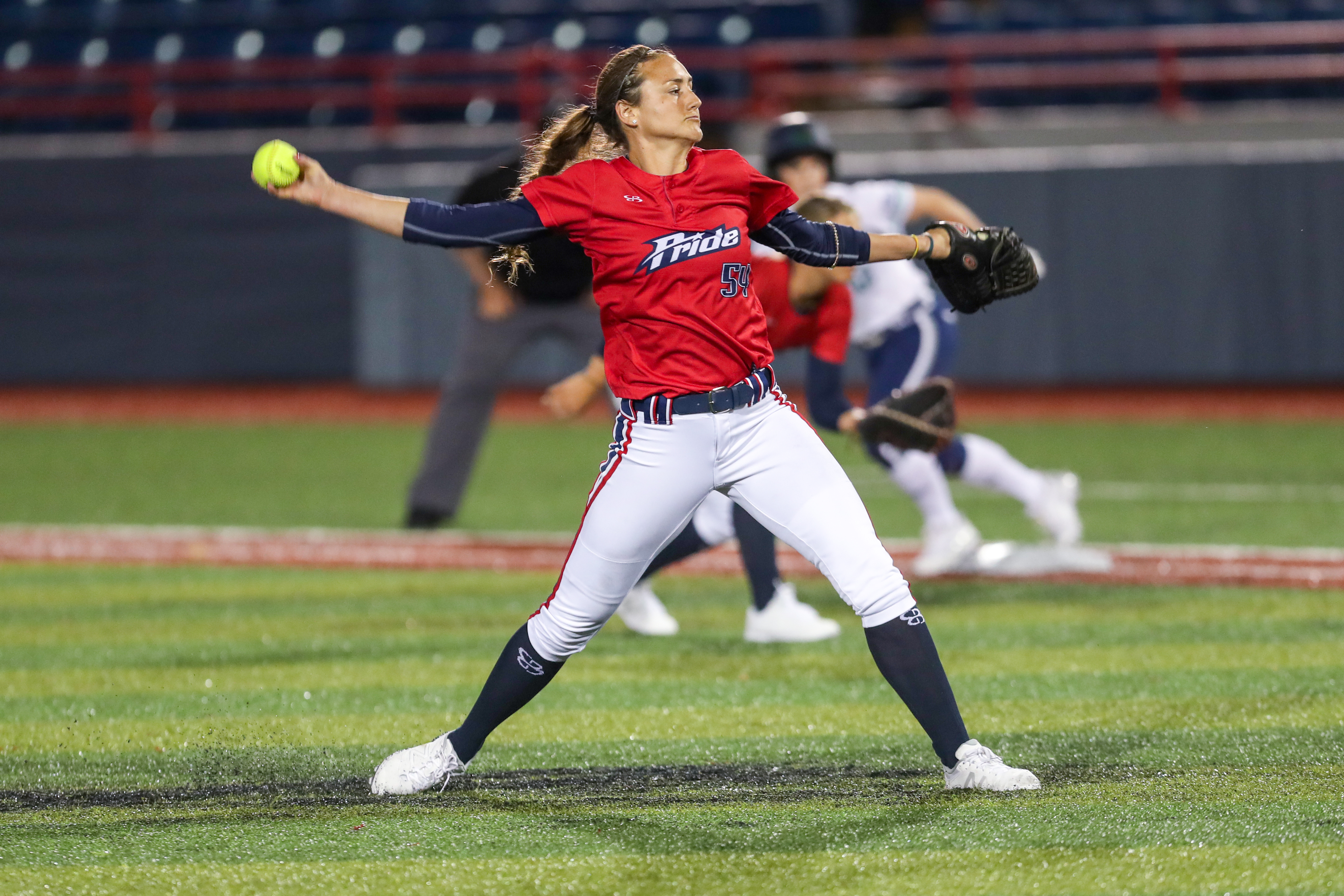 Henderson, the 2018 NPF Pitcher of the Year, most recently helped lead the Pride to a 2018 Cowles Cup Championship.

“We’re excited to hire someone with Jolene’s credentials, character and work ethic. And I’m really looking forward to her sharing her passion and energy for the game with our program.” Walton said. “She had a great career as a collegiate student-athlete and has taken her game to another level as a professional pitcher. So I’m eager to see the impact she will have with providing some helpful insight to our pitching staff.”

Henderson will work closely with assistant coach Mike Bosch in the development of the Gators pitching staff and also provide assistance with the team’s infielders.

“I’m super excited to have the opportunity to work with the Florida Gators.” Henderson said. “This is an amazing program and after meeting with the coaches and players, I’m even more excited and ready to contribute however I can.”

Henderson’s career as a pitcher at Cal Berkeley (2010-13) is filled with awards and accolades which includes being the program’s all-time wins leader with 130 victories. She helped lead the Golden Bears to back-to-back Women’s College World Series appearances in 2011 and 2012 and a Super Regional appearance as a freshman in 2010.

The two-time PAC-12 Pitcher of the Year hurled four no-hitters, which includes a perfect a game, during her career with Cal. She was also a finalist for the 2011 and 2012 Honda Sports Award along with being a Top-10 finalist for the 2013 Senior CLASS Award. ­­­

However, Henderson’s career was nearly turned upside-down in the middle of her senior campaign. The All-American pitcher suffered a torn ACL after fielding a ground ball hit back to the circle in the 7th inning of the series finale against Oregon State.

Despite the injury, Henderson battled back to finish her collegiate career on the field. The right-handed hurler decided to postpone surgery until the season was over and returned to the circle nine games later, just in time to close out the regular season against Washington and for the NCAA Ann Arbor Regional hosted by Michigan.

In her sixth game back, Henderson hurled the fourth no-hitter of her career in an elimination game over Valparaiso that sent Cal to the regional final. In that game the only runner to reach base was via a fielding error in the third inning. The Golden Bears eventually fell to Michigan, 3-1, in the regional championship.

Henderson finished her collegiate career with a 1.27 ERA along with 1,114 strikeouts and became the highest selected NPF draftee in Cal history. She was selected third overall by the Chicago Bandits in the 2013 draft, but had to put her professional debut on hold due to the surgery and rehab of the ACL injury she suffered that April.

After extensive rehab, Henderson began her professional playing career with the Denso Corporation of the Japan Softball League and shortly after fulfilled her childhood dream as she secured a roster spot with Team USA in 2014.

Henderson helped lead the Red, White and Blue to a gold medal at the World Cup IX of Softball and silver medal at the International Softball Federation (ISF) Women’s World Championship. She appeared in 18 games with 10 starts and pitched 53.0 innings. She went on to post a 9-3 record, a 1.50 ERA and registered 47 strikeouts over a summer filled with quality international competition.

The Elk Grove, California native made her return to the NPF as she became the first ever signee for the Dallas Charge in 2015. She finished the season seventh in the NPF with a 2.18 ERA and fourth in strikeouts looking with 29. Overall, she struck out 59 batters over 86.2 innings of work.

After one season with the Charge, Henderson signed on with her current team, the USSSA Pride, where recently finished her third season with the organization and fourth overall in the NPF.

Henderson graduated in 2013 from Cal with her bachelor’s in American Studies.