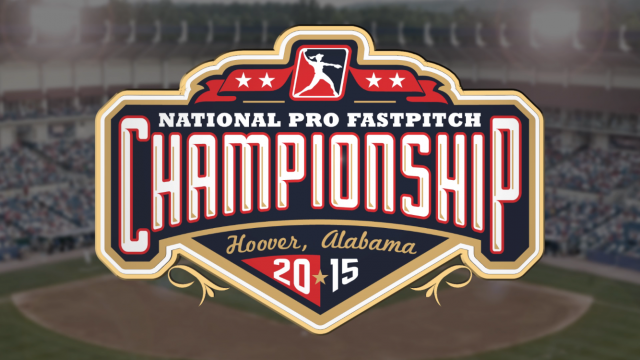 Catch every pitch of every 2015 NPF Championship game live on CBS Sports Network from Friday the 14th – Tuesday, the 18th.

All season long fans have been asking for more National Pro Fastpitch (NPF) on CBS Sports Network.  Ask and you shall receive!  For the first time in NPF history, every pitch of every NPF Championship game will be nationally televised on CBS Sports Network from Friday the 14th through Tuesday the 18th.  Watch the 2015 Champion hoist the Cowles Cup live!

The Championship format will consist of a best of three semi-final series:

The Championship final will also be a best of three series that begins on Monday, August 17th.

Print/Save your own bracket HERE!

The schedule is as follows:

Find CBS Sports Network in your area HERE!
Head out to the Hoover Met. in Hoover, Alabama to watch the best in the world compete for the Cowles Cup.  Witness the highest level of competition, be a part of the fun, and get the chance to interact with players!

Purchase your tickets to the 2015 NPF Championship Series HERE!