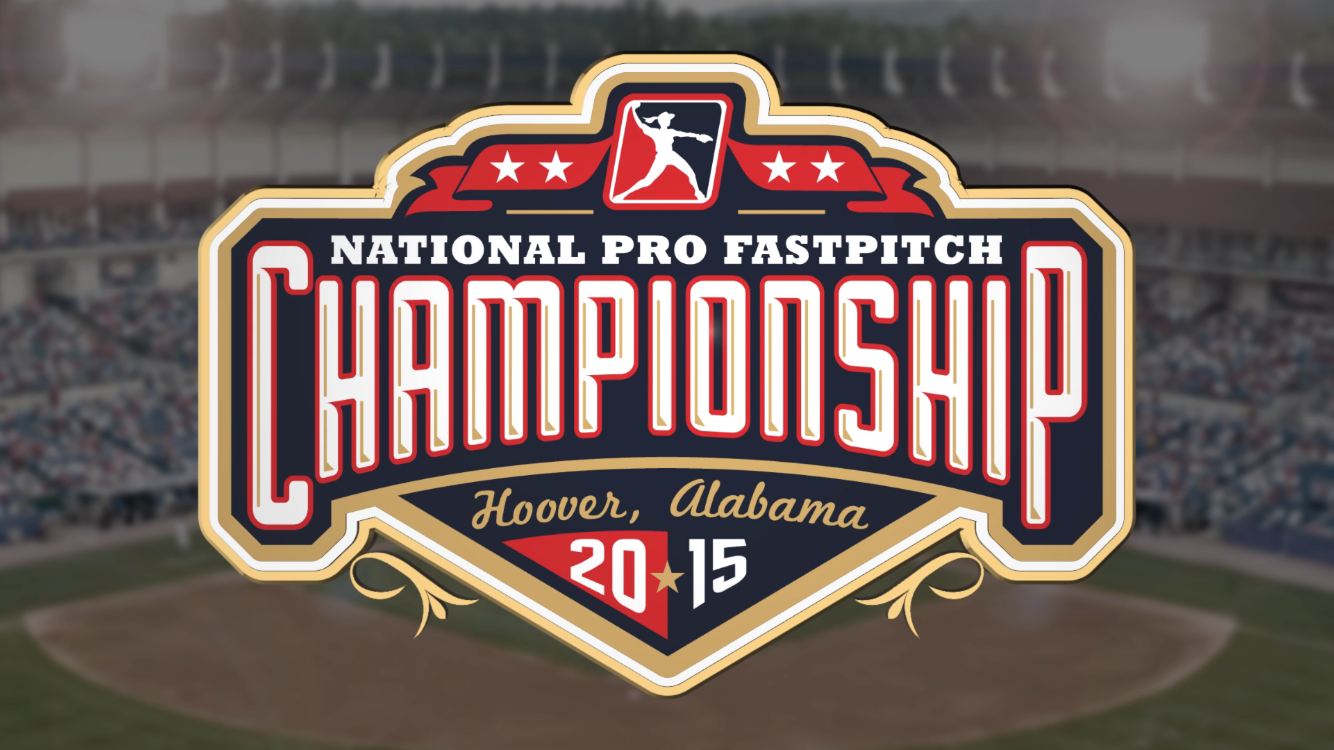 Hoover, AL–The last two years, the season finale headlines have read, “USSSA Pride Win the National Pro Fastpitch Championship.”  The USSSA Pride have claimed the last two NPF Championships beating the Chicago Bandits in 2013 and the Akron Racers in 2014. The back-to-back regular season champions enter the NPF Championships as the number one seed and begin their quest for a three-peat this Friday in Hoover, Alabama.

Veteran Andrea Duran, the 2014 NPF Player of the Year, and rookie Shelby Pendley, the reigning NPF Rookie of the Week, provided us with insight on what it will take for a third consecutive Cowles Cup Championship and how enhancements of the Championship Series will affect the overall growth of the NPF.

“Last year we did something very hard to do winning back-to-back championships, so the target on our back is going to be even bigger this year,” said Duran. “But I’m excited to get to Hoover and see what this team is made of.”

Not only do the Pride have a target on their backs as two-time defending champions, but they also enter the 2015 NPF Championship with a different line-up than last year. A line-up that got much younger. Despite the youth, Duran, one of the longest tenured veterans, thinks their overall championship experience will be a difference maker.

“Although the team has a lot of younger players this year, I am confident that we can still get the job done…a lot of girls on this year’s team have the experience of not only playing at the Women’s College World series, but winning it! It’s still the same game we’ve been playing our whole lives- nothing has changed.”

One of those young players with a NCAA National Championship under her belt is Pendley, who won the 2013 WCWS with Pride teammates Keilani Ricketts and Lauren Chamberlain.

“This season has been a learning experience that I have truly enjoyed. It’s been tough at times because the competition is the best of the best every day. I haven’t gotten to experience NPF Championships yet, however, I have experienced the WCWS and knowing that’s a pretty intense, competitive atmosphere, I can only imagine the level of competitiveness that will come along with the NPF Championships,” adds Pendley. “But I know our team is ready.”

The Pride concluded the 2015 regular season 34-17, four games ahead of the Chicago Bandits. With the addition of a fifth team this season, the Dallas Charge, it is the first time since 2009 that one team will be left out of the Championship Series. The Pride will face the fourth seeded Charge while the two-seed Chicago faces the third-seeded Akron Racers. The Championship Series means a new season where every team has a clean slate and the same mission—hoisting the Cowles Cup in Hoover.

Andrea Duran, the 2014 NPF Player of the Year, looks for her 4th Cowles Cup with the Pride. Photo courtesy of Jade Hewitt Media

“The stakes are a little higher, but just trust in your own abilities and teammates and we will get the job done,” concludes Duran.

As the Pride look to capture their third consecutive championship, the national coverage of their run can only help the long-term growth of the NPF. For the first time, fans can witness every high-stakes pitch of the 2015 NPF Championship Series on national television. CBS Sports Network, who broadcasted 14 regular season games this year, will air every game of the series beginning with game one on Friday, August 18th.

“CBS Sports Network has helped our sport grow tremendously this season by airing games. …this is an extremely monumental event…It shows that we are moving towards a better tomorrow for the game of softball,” says Pendley.

Duran thinks this Championship Series and the addition of CBS Sports Network will only enhance the growth of professional softball.

“The only way professional softball can grow is through exposure,” says Duran.  “The more we are on TV, the greater the potential for the sport to grow.”

As fans tune in across the country, the Pride will be ready to defend their titles. As the number one seed they will begin play against the Dallas Charge who they just recently beat four games to one in their regular-season series finale. You can expect to see a lot of ace Cat Osterman as she takes the circle for the last time in her career in Hoover. Osterman, who leads the league in strikeouts once again, announced her retirement heading into the 2015 season.

Go to www.championships.profastpitch.com to secure your tickets today or watch every game live on CBS Sports Network.