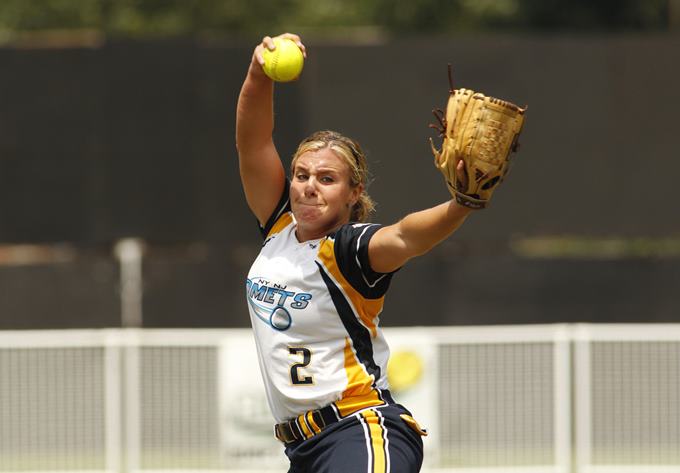 Kissimmee, FL – March 13, 2014-Olivia Galati will be joining the USSSA Florida Pride for the 2014 season.  Assistant General Manager Gordon Glennie announced the trade with the Rebellion for Galati in return for a 2014 draft choice.  Olivia will give us another quality pitcher, we were impressed with her performances in the 2013 season.

Galati played a key role in the pitching staff for the NY/NJ Comets posting a 6-10 record, with a 3.88 ERA, pitching 95.2 innings and tallying 37 strike outs.

“I am humbled to be a part of the USSSA Pride.  To be able to play on the same team of many players I looked up to growing up.  I am looking forward to a great season with the Pride.”