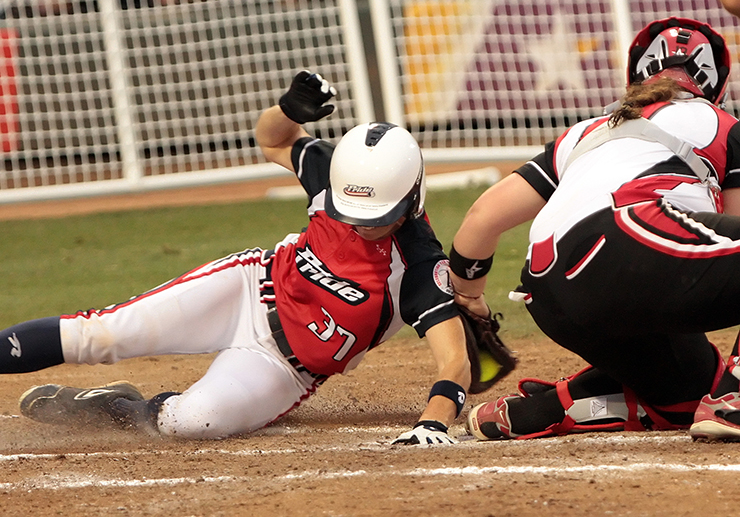 Corpus Christi, TX- The Pride took down the Akron Racers in an 8-4 win at Whataburger Field in Corpus Christi, Texas Thursday night, claiming the top spot in the NPF standings.

Pride pitcher Sarah Pauly threw five shutout innings until the Racers scored their first run in the sixth. Pauley, who played college softball for Texas A&M – Corpus Christi and is the Islanders’ pitching coach, allowed one run on six hits. She finished the night without a walk and stuck out three.

The Pride scored their eight runs on ten hits against Akron pitcher Ivy Renfroe. It was a big night at the plate for Andrea Duran and Ashley Charters; half of the Pride’s runs came from their combined four RBIs.

Rookie pitcher and former University of Texas star Blaire Luna took the circle in relief in the seventh inning, making her professional debut. It was a rocky start for Luna, allowing two walks and three runs on three hits, including a two-run homerun to Brigette Del Ponte, but she did earn her first two NPF strikeouts, sending Aja Paculba and Brianna Turang home swinging.

The Pride take on the Racers again tomorrow night in Corpus Christi at 8:05 p.m. EST. Tune in to usssalive.com for live coverage.