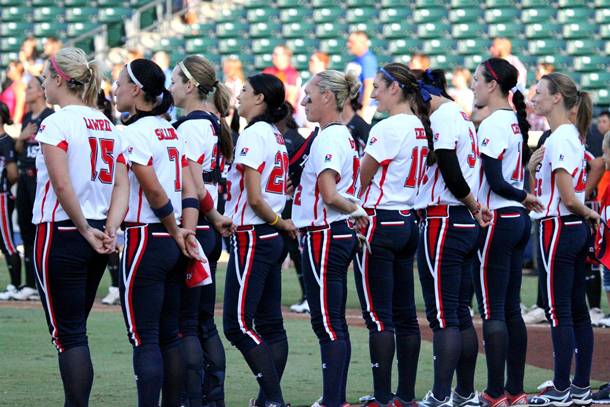 The USSSA Florida Pride return to the Space Coast Stadium in Viera, Florida to once again take on the Chicago Bandits in an exciting Double Header on July 14th starting at 5:05pm EST

Professional Fastpitch Fans on Florida’s Space Coast are excited to welcome back the USSSA Florida Pride! Last summer the Pride ventured out to the beautiful Viera, FL to take on the NPF Diamonds at Space Coast Stadium.

Now, a year later the Pride will be making a return trip, this time they will be taking on the defending NPF Champions, the Chicago Bandits. The Pride were the regular season champions last season, but they fell just short of winning the Cowles Cup in late August of 2011 but are playing hard so that they can try to win it back in the Championship Series this August.

The Pride and Bandits are setting the pace for the NPF this season as well! Jessixa Mendoza is leading the way for the Pride in batting average with .429. To lead the NPF in batting average, a player must have a minimum of 2.7 plate appearances per team game. Due to this rule, it’s the Bandits’ Alisa Goler who leads the league with a .375 batting average. Kristen Butler for the Bandits lead the league in home runs (6) and RBI’s (18) as well.

As far as setting the tone in the circle goes, the Bandits’ Monica Abbott has the lowest ERA in the league with 1.01. She is followed by Cat Osterman of the Pride with a 1.19 ERA. Both of these pitchers are very dominating having 77 and 43 strikeouts, respectively.

The Pride will be fresh from their series in Baton Rouge, Louisiana where they were playing at the respected Tiger Park at LSU. The upcoming games in Viera are destined to be great with some of the greatest softball players in the world including numerous Olympic Gold Medalists competing on the same field!