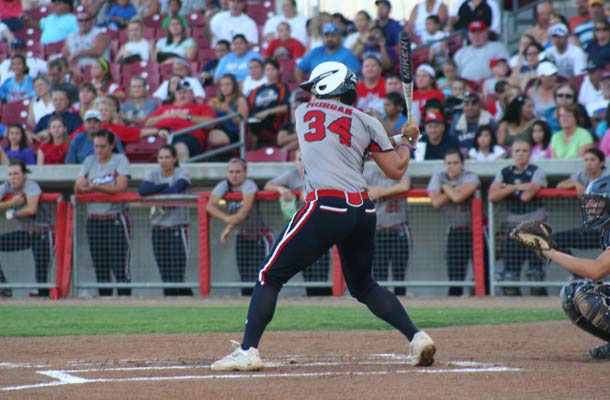 “I am very excited to bring Charlotte on to our Maryland coaching staff,” Watten said. “With her wide range of success as a pitcher and hitter, she brings an enormous amount of experience and enthusiasm to the program, while being a great all-around fit for our team.”

“I am looking forward to becoming part of Maryland athletics and the University,” Morgan said. “I am excited and ready to start working with and getting to know the team. This team has had an exciting last few years and I am thrilled to be a part of taking the program to the next level.  I am very excited to bring everything I have to offer to the program.”

The No. 1 overall pick in the 2010 WPSL/NPF Draft, Morgan helped the NPF’s flagship team he way for the win the 2010 national championship. In her first season in the NPF she led all rookies with a .263 batting average, .414 slugging percentage, and 23 RBI’s. She played 41 out of 67 games as the DH and at first base. Morgan also won the homerun derby contest at the NPF Championship Series in Sulfur, La. She is currently playing in her second season with the Pride and is batting .320.

She played for the Crimson Tide from 2007-2010, winning SEC Player of the Year twice (2009, 2010). Morgan was named a first-team ESPN the Magazine/CoSIDA Academic All-American and NFCA second-team All-American. She won the Lowes Senior Class award and was a top 10 finalist for USA Softball’s Player of the Year honor. She helped lead the Tide to the Women’s College World Series in 2008 and 2009.

While at Alabama, she had a 2.12 career ERA and her opponents hit just .234 against her. She notched 51 wins in her 82 appearances in the circle. She notched her first career no-hitter at No. 20 Georgia Tech in 2009.

The 2011 Terrapins went 40-19, finished third in the ACC and made their second straight NCAA Regionals appearance.