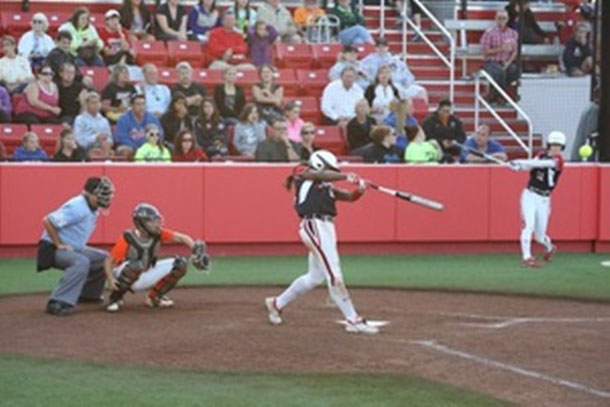 ROSEMONT, Ill. – As the Bandits celebrated Fan Appreciation Night on the final home game of the 2011 regular season, both teams looked to go into the post season on a high note. Jamee Juarez started in the circle for the Bandits and Jordan Taylor for the Pride.

The Pride got off to another early lead after a blast by Charlotte Morgan scored Natasha Watley to give the Pride a 2-0 lead. The Bandits were unable to respond after a Danielle Zymkowtiz single, with Alisa Goler hitting into a double play to end the inning.

After a scoreless second inning the Pride added to their lead in the top of the third. With Ashley Charters on first, Jessica Mendoza’s hit to right field advanced Charters to third. Morgan’s infield single to Juarez was bobbled leaving her safe at first loading the bases for the Pride. A Kelly Kretschman single to right field would score Mendoza before Juarez struck out Andrea Duran to end the inning with the Pride up 3-0.

In the top of the fourth, the Bandits made a pitching change bringing out Donna Bourgeois.
The Bandits would find themselves in another bases loaded situation against the Pride. With Morgan at the plate a wild pitch brought in Watley for the Pride’s fourth run of the night, but they weren’t done yet.

The Bandits looked to put themselves on the board in the bottom of the fourth. A walk to Goler brought Stacy May-Johnson to the plate but the Bandits couldn’t capitalize after her hit to Watley got the out at second to end the inning.

The Bandits struggles continued in the top of the fifth as the Pride added to their lead. With two Pride runners on base, Watley came to the plate and blasted a three run homer to the right field bleachers making the score 9-0 Pride.

In the sixth inning the Bandits made more changes to the lineup bringing Nikki Nemitz to the circle and Jenna Grim in to catch. Nemitz had a strong half inning as she struck out the first three Pride players she faced. With the Bandits up to bat, Goler brought the crowd alive with her double down the right field line to score Amber Patton giving the Bandits their first and only run of the game as they headed into the top of the seventh.