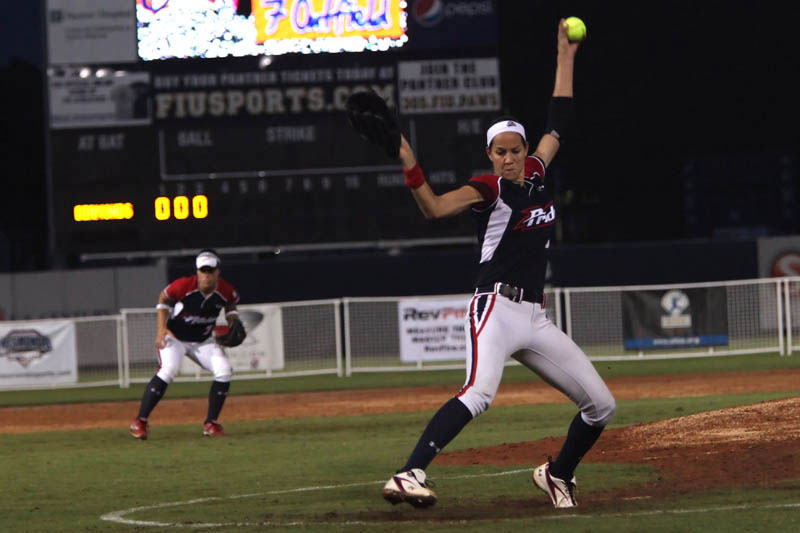 The Southern Illinoisan published a great article on Cat Osterman and her involvement in the NPF and USA Softball and the showcase on games at Rent One Park in Texas this 2011 season.

Life has its little bonuses, and one of them happened on Tuesday.

As part of the lead-in to this weekend’s National Pro Fastpitch series at Rent One Park in Marion, I got the opportunity to do a phone interview with two-time Olympian and USSSA Florida Pride pitcher Cat Osterman on Tuesday. My excitement for this event could best be described as Christmas, Thanksgiving and the Fourth of July all rolled into one.

I have seen Osterman on TV, scowling in the circle for Team USA before making another helpless batter go sit in the dugout and feel shame after another strikeout. As the beat writer for Southern Illinois University’s softball team, I know her long list of accomplishments and what she has meant to the younger generation of softball players.

And she was about to call me.

The phone interview was scheduled for 9 a.m., but I was at my desk at 8:30 a.m. I had my list of talking points prepared and must have arranged my cell phone a half-dozen times around my desk. At 9:03 a.m., the call came in.

Imagine someone who you deeply respect and may even idolize on a professional level, whether they are famous or not. Imagine getting to talk to that person, hearing their perspective on events that you had only read about and never got to witness personally.

It’s almost a surreal, I-can’t-believe-this-is-happening feeling. As a journalist, you are trained to be impartial and objective, never straying too far toward one side or the other. But in moments like this, moments that may come once in a career, you can’t help but geek out about it.

Over the next half hour, we covered a variety of topics. From returning to a region where several of her family members are from, to her reaction to Team USA’s loss to Japan at the Beijing games, to what it was like playing in the Japanese Softball Association for Toyota Industries Corporation’s Shokki team.

It’s hard to believe Osterman is only 28 years old, having criss-crossed the world throwing a little yellow ball. In a sport that is gaining new fans by the hour, she has accomplished more in 17 years than some would in a lifetime.

I hope the people of Southern Illinois realize how special this showcase of games is at Rent One Park. Over the last several years we’ve read about players like Taylor Orsburn, Kenzi Tate, Sarah DaRosa, C.C. Hutchinson, Lindsey Patterson, Lacey Newbold and many others who have become household names in their towns and cities.

But many of these NPF players defended our country’s honor on a world stage. They wore the red, white and blue proudly and we should celebrate their patriotism. Who knows? In nine years, perhaps one of the players I mentioned above will lace up the cleats for Team USA. Or someone from Cobden, Anna-Jonesboro, Carterville, Johnston City, Crab Orchard, Goreville or any of our other towns will pick up a softball tomorrow and decided to be the next Cat Osterman.

We can only hope.

PETE SPITLER is a sports reporter for The Southern Illinoisan. He can be contacted at 618-351-5073 or pete.spitler@thesouthern.com.