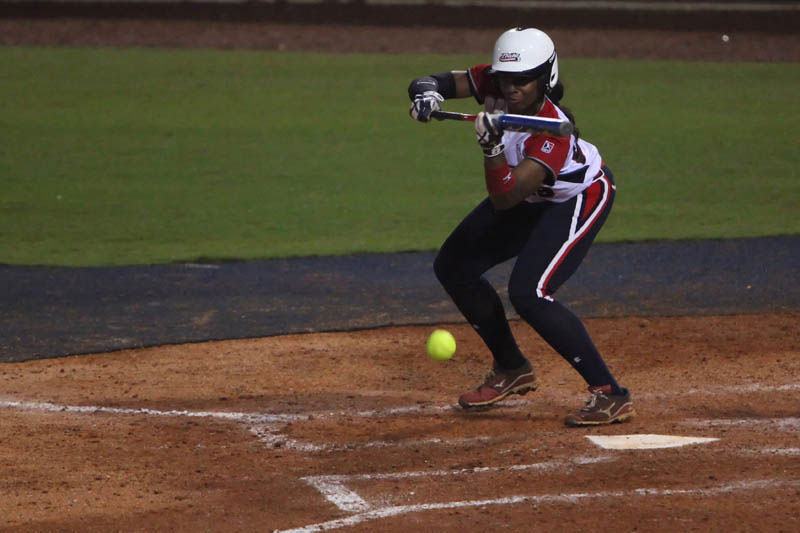 Akron, OH- For the second straight game, the Pride’s bats woke up in the sixth inning.

After being no-hit through the first five innings by the Racers’ Lisa Norris (4-4), the Pride (9-7) struck for five runs on five hits en route to a 5-0 win over the Racers (8-8) at Firestone Stadium.

The Pride takes three out of four in the series and move into sole possession of second place behind the Chicago Bandits. Danielle Lawrie (4-2) earned her second win of the series, going seven innings, allowing four hits, one walk and striking out 10 Racers.

Caitlin Lowe led off the sixth with a bloop-hit double down left field line. Lauren Lappin laid down a sacrifice bunt and beat out the throw at first. Samantha Findlay came in to pinch-hit and struck out swinging, but Lappin swiped second base, advancing into scoring position.

Natasha Watley slapped a grounder to short, but Courtney Bures was unable to make a play after scooping the ball, allowing Lowe to score, to make it 1-0 Pride.

After Jessica Mendoza popped out to Bures at short, Charlotte Morgan smacked a first pitch two-run home run to left out of reach of Taylor Schlopy to end the scoring frenzy at 5-0.

The Racers squandered a first inning scoring opportunity to give their ace some early run support.

After Kelley Montalvo grounded out to second to lead off the inning, Sharonda McDonald singled up the middle past Jenn Salling at short. The ensuing hitter, Nicole Trimboli struck a single up the middle past second advancing McDonald to third. Trimboli reached second after the throw went to third. Micaela Minner, who came into this game without a hit in her last 17 at-bats, struck out swinging. Lawrie hit Hoku Nohara on the arm, loading the bases. Lisa Modglin, who hit sixth for the second time this season, grounded out to third to end the threat.

The Racers stranded a number of runners early in the game for two straight games and field manager Jake Schumann understands this is an area of emphasis the team will have to improve.

“Our lineup needs to be ready to drive in some runs that can change the complexion of the game. We could have been going into the second inning with a 2-0 lead. We just have to play from pitch one to pitch 101 physically and mentally and that’s something we’re lacking right now.”