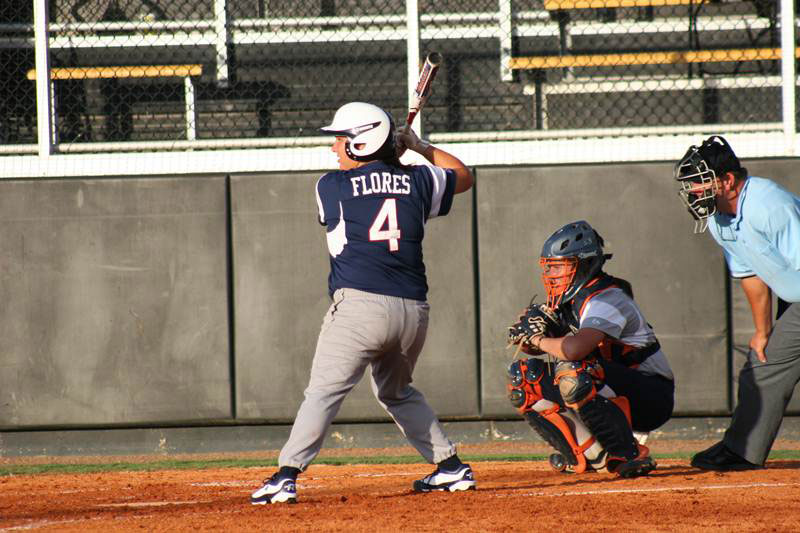 Orlando, Fla. – The USSSA Florida Pride and the Akron Racers were not only battling each other this weekend, they were battling the weather as well. Coming into the series with a game to be resumed, the two teams were already behind on the elements. They caught up on the series after Friday night’s contest, but were again put behind when threatening thunderstorms caused Saturday’s double header to be postponed, cancelling the first game and pushing the second one back to this morning at 9:30 am.

Desiree Serrano began in the circle for the Pride, pitching five scoreless innings before giving way to relief pitcher Cat Osterman, who, across two innings struck out five and gave up no hits. Lisa Norris shouldered the loss for the Racers, allowing two runs on four hits.

The Pride took the 2-0 victory, giving them a secure lead on the series going into the day’s regularly scheduled contest.

With Serrano in the circle for the second start of the day and Jamee Juarez starting opposite her, the two teams went head to head for the final game of the regular season.

The Racers started off with a bang when lead-off hitter Lisa Modglin laced a solo home-run past the left field fence, giving the Racers their first early lead of the series. After two errors on the Pride and an intentional walk, the Racers marked two more runs, scored by Jess Valis and Crystl Bustos.

The Pride answered back in the bottom of the inning with two runs scored. A sacrifice fly from Megan Willis drove across Andrea Duran and an error on Francesca Enea’s at-bat allowed Amber Flores to cross the plate before the inning closed.

The Racers marked another run in the top of the third when an RBI single from Samantha Ricketts pushed Jackie Pasquerella, who had reached on a single, across the plate. A ground-out to short from Crystl Bustos retired the side.

Charlotte Morgan scored the third run for the home team in the bottom of the fourth when she led-off the inning with a solo home-run ripped past the center field wall. Three quick outs ended the inning.

The score held through the completion of the contest, giving the Pride its first loss of the weekend with a 4-3 final score.

National Pro Fastpitch is headquartered in Nashville, TN. The League, created to give elite female fastpitch players the opportunity to pursue a professional career in their chosen sport, has operated since 1997 under the names of Women’s Pro Fastpitch (WPF) and Women’s Pro Softball League (WPSL).