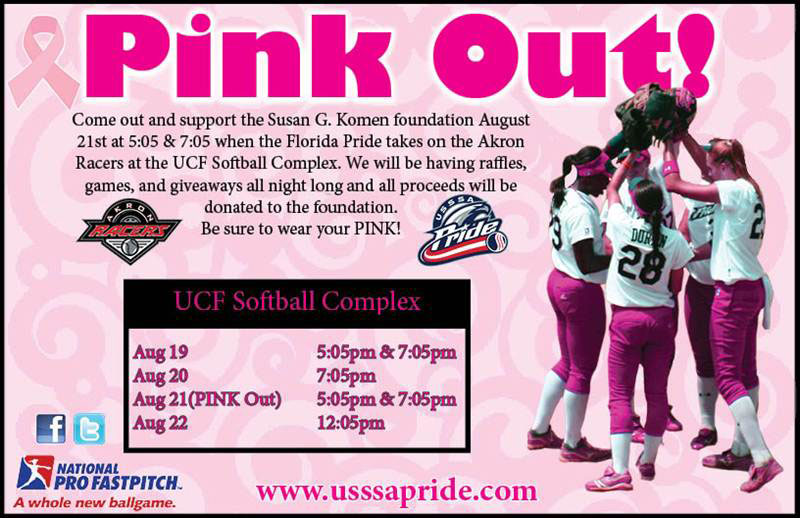 Join us Pride Fan’s for the Pride Pink Out!