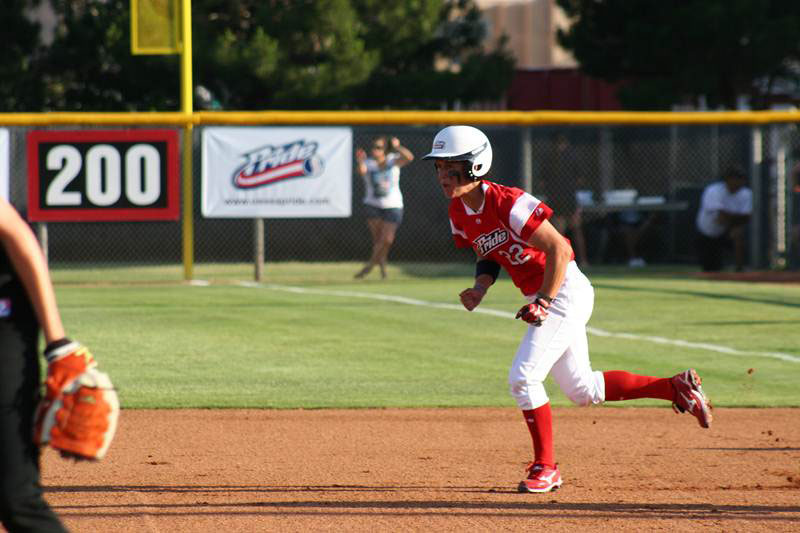 Kissimmee, Fla. – The USSSA Florida Pride took on the Tennessee Diamonds for the fourth and final time today at the ESPN Wide World of Sports Complex, ending the series 3-1 and taking the final game in a 2-1 victory.

Sarah Pauly started in the circle for the Pride and took the win, allowing only one run on three hits, striking out seven and walking only two.

Kristin Erb shouldered the loss for the Diamonds, allowing two runs on four hits. The Diamonds concluded the contest with three errors on the side.

The Pride made it on the board first in the bottom of the first inning. An error from Diamonds shortstop Chelsea Spencer allowed Melissa Roth to reach. After a stolen base on Kelly Kretschman’s at bat, followed by a throwing error from catcher Dede Justice, Roth was in position to score on third. Kretschman’s ground-out to second drove Roth home, and the inning was subsequently retired on a fly out to right from Tonya Callahan.

The home team struck again in the bottom of the second. A double from Charlotte Morgan opened the inning. A sacrifice bunt from Megan Willis advanced Morgan to third and an error from Loryn Johnson at first base allowed Willis to reach and Morgan to score the Pride’s second run of the contest.

The Diamonds struck back in the top of the fifth, when Dede Justice, after striking out in the second, laced a solo home run past the left field fence. Two walks issued by Pauly to Angeline Quiocho and Amanda Williams put the visiting team in position to score again but a ground-out from Carly Wynn retired the side.

The Diamonds recorded another base hit in the top of the sixth, but were unable to come-back from the deficit, giving the Pride the 2-1 victory.

The USSSA Florida Pride will take to the field once again next weekend in a five game series against the NPF’s Chicago Bandits. The series will mark the last time that Jennie Finch will play professional softball in the state of Florida before retiring at the end of the 2010 NPF season.