Gibson’s Solo Home-run Makes the Difference for the Diamonds 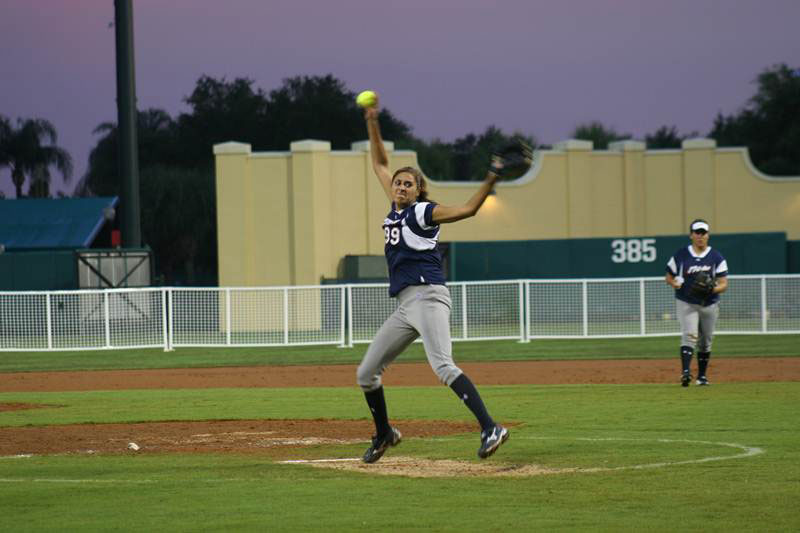 Kissimmee, Fla. – The USSSA Florida Pride took to the field for the third time tonight in a four game series against the Tennessee Diamonds, and for the first time this weekend, allowed the visiting team to take the victory, resulting in a 1-0 loss for the Pride.

Desiree Serrano started in the circle for the Pride and shouldered the loss, allowing one run on three hits and striking out only four.

Starting opposite her was Megan Gibson who not only recorded the win for the Diamonds but also made the difference for the visiting team with her solo home run in the top of the second. The Diamonds recorded a second hit in the second inning on a single from Angeline Quiocho, but she was left stranded at first when Shannon Doepking’s fly-out to left marked the third out of the inning.

The Pride threatened in the bottom of the fourth, loading the bases on a single from Tonya Callahan and two walks issued to Megan Willis and Francesca Enea. Kristin Schnake came to the plate with two outs on the inning and the aforementioned runners in position to score, but her fly-out to left retired the inning with all three stranded.

The home team looked in position to tie the score in the bottom of the sixth but the Pride were unable to secure a come-from-behind victory, allowing the Diamonds the 1-0 win.

The two teams will go head-to-head for the final game of the series tomorrow, July 25. The game is scheduled to begin at 12:05 pm.