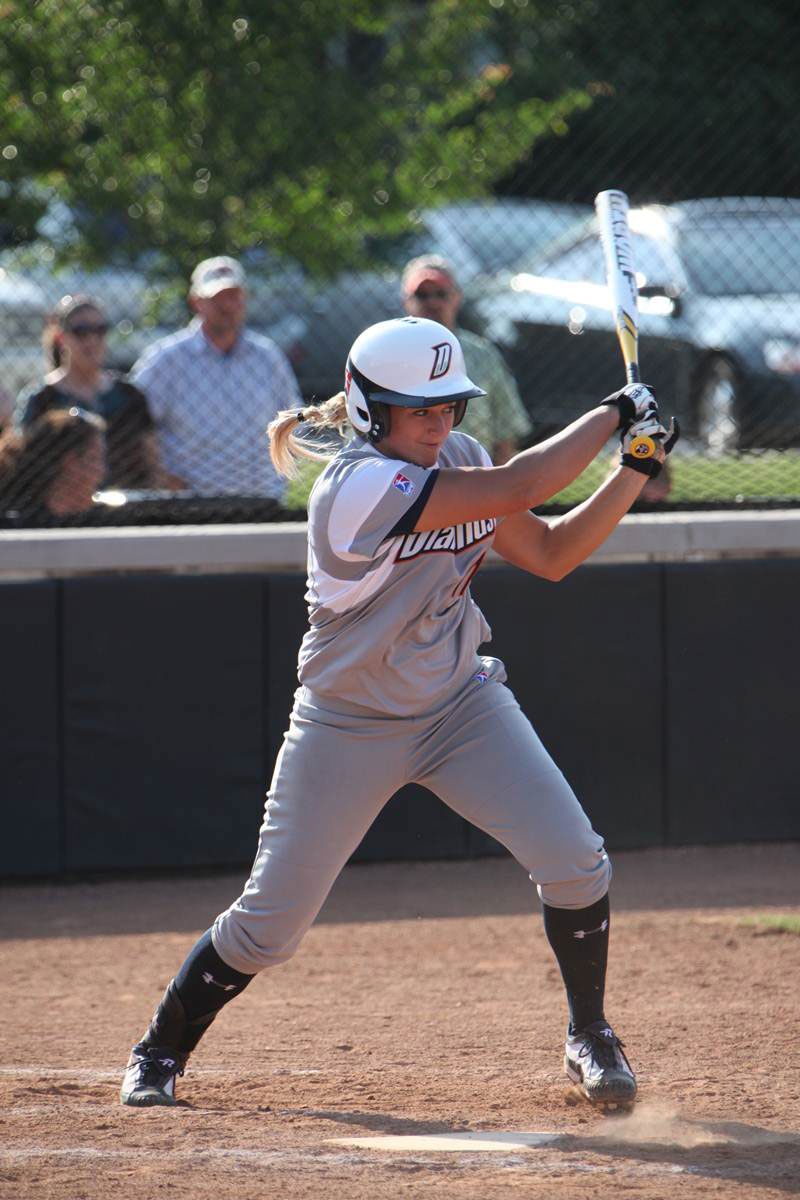 It was the second win of the row for the Diamonds at Draper Diamonds on the campus of Lipscomb University.

“I love the tight games when every pitch matters,” Diamonds coach Ernie Reynolds said. “The what ifs are always part of the game especially when you look at the number of players we have left on base.”

In the fourth inning the Diamonds struck for two runs. Megan Gibson led off the inning with a ground ball single through the left side. Chelsie Mesa followed with a ground ball single up the middle. Aubree Brattin then entered the game as a pinch-runner. Angeline Quiocho walked to load the bases. DeDe Justice was hit on the finger by a pitch to bring in Brattin with the first run of the game. Amanda Williams hit a sacrifice fly to center to score Mesa.

The Pride cut the lead to one. Charlotte Morgan led off with a single up the middle. Morgan scored when Jessica Williams singled up the middle.

Gibson, a right-hander, started on the mound for the Diamonds and pitched five complete inning. She scattered fives, walked three and struck out two on the way to her first win in seven decisions.

“We were very happy that Megan kept the ball down and kept their hitters off balance. She also had some good defense played behind her.”

Neither team made an error in the game. Diamonds shortstop Chelsea Spencer set the tempo defensively with a couple of outstanding plays including a diving catch in shallow left field.

“Our outfield got some good reads on some hard hit line drives,” Reynolds said. “Chelsea is an emotional leader on our team and set the tone early. She generated confidence and enthusiasm for the entire team.”

Right-hander Kristen Erb took over for Gibson to start the sixth inning and did not allow a hit or a run.

Left-hander Katie Burkhart, 2-4, threw six innings for the Pride. She gave up seven hits, walked two and struck out five.

Jessica Mendoza, who has struggled throughout the series at the plate, led the Pride with two hits.

Jenna Rhodes led the Diamonds with two hits, including a triple to left center in the third inning.