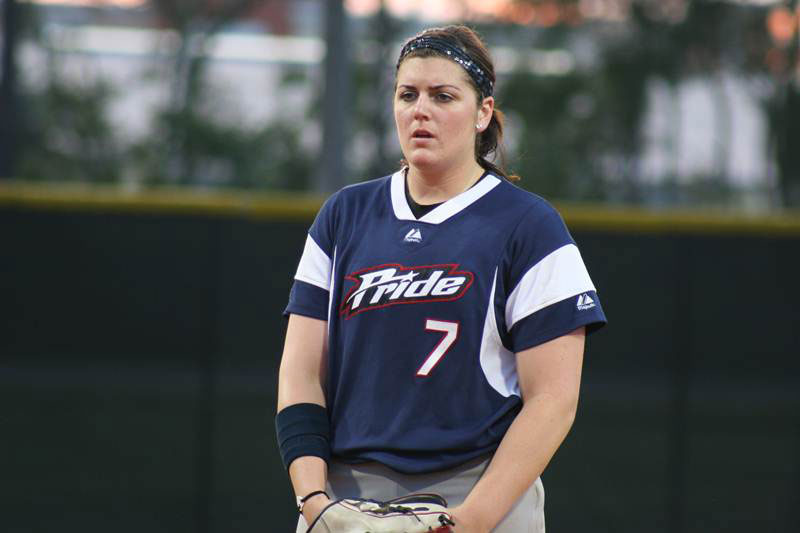 Prior to tonight, the Racers (9-4) had suffered three extra-inning defeats but avoided the fourth thanks to a Katie Burkhart (2-1) bases-loaded wild pitch in the bottom of the 10th to earn the first win in extra frames of the campaign. Akron now moves into a tie atop the NPF Standings with the USSSA Pride (9-4) who saw a seven-game win streak come to an end.

All but one run in today’s contest came courtesy of the long ball. The bat of Racers’ first baseman Samantha Ricketts continued to pay dividends for the home club as she single-handled put the Racers ahead in the bottom of the first on her third home run of the season, a three-run blast to right field. Crystl Bustos walked and Jamee Juarez singled up the middle prior to the shot from Ricketts to give Akron the early edge.

After five innings of shutout softball, Pride catcher Megan Willis played the role of spoiler when she knotted the game up atop the seventh on a two-out three run homer.

The teams traded runs in the ninth after a costly error on second baseman Courtney Bures enabled Charlotte Morgan to reach second who scored on Kristin Schnake’s sacrifice fly to put the Pride ahead, 4-3.

With two away in the bottom of the ninth and Lisa Modglin on second, Crystl Bustos drove a two-out double to the gap in right center to tie the game up at 4-all.
In the 10th, with the international tiebreaker rule in effect, back-to-back fielder’s choices and a runner leaving early kept the Pride off the scoreboard. Meanwhile, Juarez stole third base and saw Ricketts and Clare Burnum pick up walks to load the bases before Burkhart’s wild pitch let Juarez score.

Bustos finished a perfect 3-for-3 with a pair of walks to lead the Racers while Callahan finished 3-for-4 with a run scored for the Pride.

The five-game series resumes tomorrow at 7:05 p.m. EST. To follow the series from home, you can catch the action live on MLB.com or stream live stats via www.pointstreak.com.

Pride Sweep the Series with the Tennessee Diamonds with a 5-3 Win
Akron Racers Rout USSSA Pride, 9-1