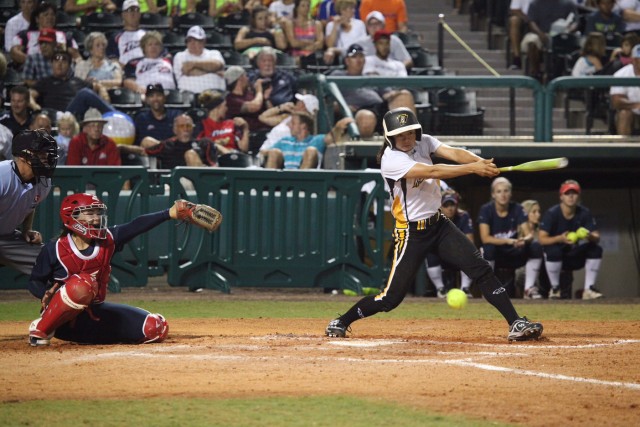 The Pride took an early lead as Lauren Chamberlain’s RBI single to left center, scored Madison Shipman from second base.

The next frame opened with a single from Natasha Watley, who came around to score on Kelly Kretschman’s double to center field. The Pride held a 2-0 lead after five complete innings.

The Rebellion comeback began in the sixth inning. A pair of runs early in the inning tied the game. Courtney Senas gave Pennsylvania its first lead of the game, as her double to left field allowed Brittney Lindley to score the go-ahead run.

Pennsylvania’s Kristyn Sandberg added to the lead with a two-run homer in the top of the seventh, extending the Rebellion lead to 6-2.

With two outs and a runner on second base, Megan Wiggins extended the game for the Pride. Her single to left field scored Courtney Ceo and pulled the Pride within 6-3. The Rebellion used a groundout to claim the series opening win.

The Pride and the Rebellion are back in action for the second game of the four game series on Sun., July 19 at Champion Stadium with first pitch scheduled for 7:05 p.m.

USSSA Fend Off Late Comeback by Chicago
Pride Even Up Series Against the Rebellion, 3-1