Series Preview: Pride and Rebellion to face off in PA 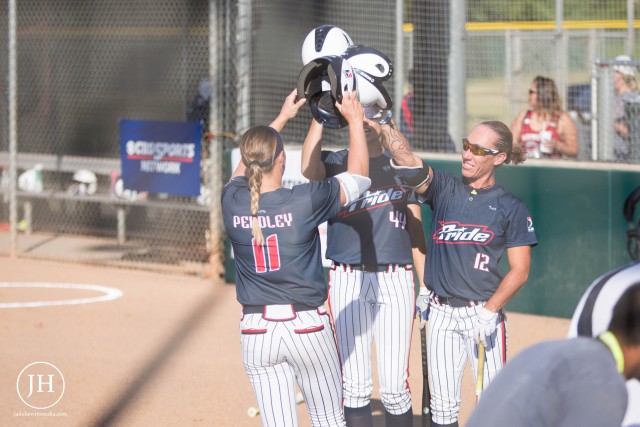 Kissimmee, FL –June 24, 2015- The USSSA Florida Pride and Pennsylvania Rebellion will meet for the first time this 2015 season as they play a three game series in York and Lancaster, PA. This series is the first of four to be played against the Rebellion throughout the 2015 season.

After losing two of three games to the Akron Racers, the Pride currently have a 6-4 record on the season. The Rebellion, whose previous three game series was with the Dallas Charge, currently has a 5-12 record.

The first game of the series will be played at Santander Stadium in York, PA on Thursday June 25th. Games two and three will shift to Clipper Magazine Stadium in Lancaster, PA on Friday June 26th and Saturday June 27th. First pitch is scheduled for 6:30 pm (ET) each night.

For tickets to the series visit dev.usssapride.com. You can also purchase tickets for Thursday at the gate at Santander Stadium, located at 5 Brooks Robinson Way, York, PA 17401 and for Friday and Saturday at the gate at Clipper Magazine Stadium located at 650 North Prince Street, Lancaster, PA 17603.

–       Keilani Ricketts: enters her third season in the NPF. Ricketts had 7 strikeouts in the Pride’s 6-2 win over the Akron Racers on June 21st.

–       Alexa Peterson: Peterson’s 4 doubles currently lead the NPF and her .375 batting average is ranked 7th in the league.

–       Dallas Escobedo: had seven strikeouts in game two against the Dallas Charge on June 18th. Her 24 total strikeouts are tied for the second highest in the league.

–       The Rebellion’s Dallas Escobedo and the Pride’s Amber Freeman played together at Arizona State from 2012-2014.

–       Alexa Peterson and Kristyn Sandberg are both former Pride Players who were traded to the Rebellion this past off-season.