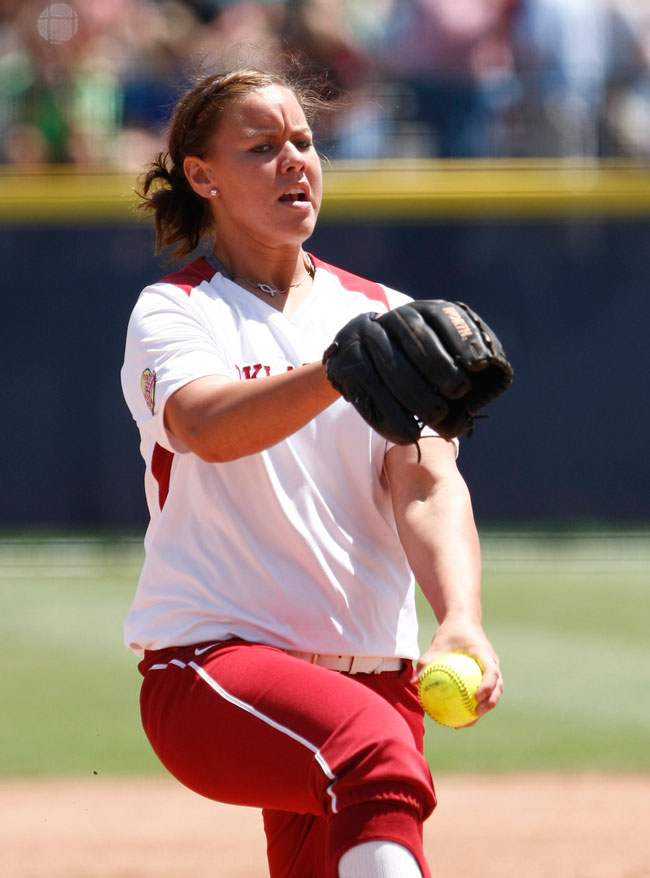 Ricketts joins the Pride after leading the Sooners to the 2013 Women’s College World Series Championship in June. Named the Most Outstanding Player of the Series, Ricketts tallied 39 strikeouts in 31 innings. She also had a strong presence at the plate, driving in all four runs in the championship game against Tennessee.

“Keilani is as good as it gets coming out of college and she’s a perfect fit for the Pride family,” said USSSA Pride General Manager Don DeDonatis. “Keilani is an extremely talented athlete and is a proven threat at the plate as well as an extraordinary pitcher. Having said that, what is most important to USSSA is the positive impact and influence we know Keilani will have on the sport of fastpitch softball, USSSA and the NPF.”

Ricketts has racked up plenty of honors during her storied career at Oklahoma. Most recently, she was 2013 Big 12 Pitcher of the Year and All-Big 12 Defensive Team honoree. Over her career, Ricketts was a four-time All American while setting career records in wins, strikeouts, walks drawn, complete games, innings pitched, appearances, starts, and shutouts.   She was the recipient of the 2013 Honda Cup, awarded to the top female college athlete. She is the only Sooner in any sport to ever receive the prestigious award.

The 2013 stats put an exclamation point on Ricketts’ career in the pitching circle. In her senior season at Oklahoma, she netted 16 shutouts, the second most in the country. She also ranked third in wins and sixth in strikeouts with 350. She ended her career at Oklahoma with an overall record of 133-35, the third highest winning percentage in school history.

“Keilani Ricketts represents the best of the best of the class of 2013. She, along with our other talented NPF rookies represent the future of professional softball.” said NPF Commissioner Cheri Kempf. “I am beyond thrilled to have colleges most decorated player join the NPF and I am very much looking forward to seeing her continue to grow as an athlete as she competes with, and against the world’s very best softball players.”

Ricketts will be reunited with former Oklahoma catcher, Jessica Shults, who signed with the Pride in June. She will make her NPF debut for the Pride against the NY / NJ Comets during the upcoming weekend. Saturday’s 2:00 EST game and Sunday’s 3:00 EST game will be aired live on ESPN2.