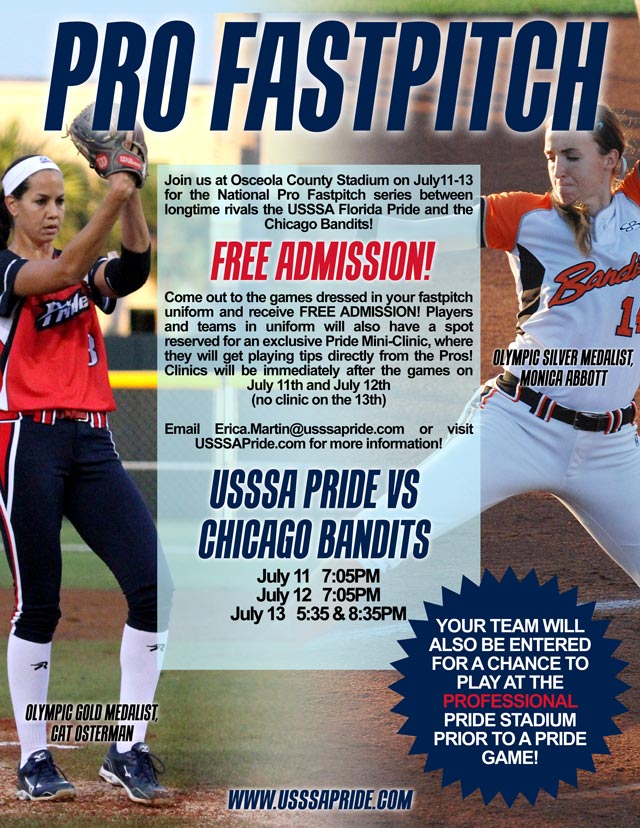 That’s right Pride fans, join us at Osceola County Stadium on July 11th through 13th for the National Pro Fastpitch series between longtime rivals the USSSA Florida Pride and the Chicago Bandits.

Come out to the games dressed in your fastpitch uniform and receive FREE ADMISSION! Players and teams in uniform will also have a spot reserved for an exclusive Pride Mini-Clinic, where they will get playing tips directly from the Pros! Clinics will be immediately after the games on July 11th and July 12th (no clinic on the 13th).