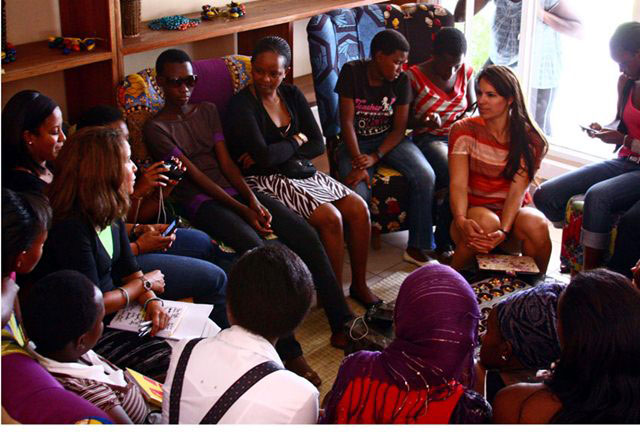 Jessica Mendoza speaks with girls in Rwanda while visiting as a global ambassador for The Girl Effect in March 2012. Photograph via twitter @NiNyamping

USSSA Pride player Jessica Mendoza is visiting Rwanda for the second time from March 26th to April 1st as a global ambassador with the non-profit organization The Girl Effect.

The Girl Effect is a movement that seeks to intervene in the lives of poverty stricken girls who have just reached adolescence and are at a crossroads.  The organization works to inspire girls around the age of twelve to create a better future for themselves by promoting the importance of getting a formal education, learning to read and write,  and knowing how to stay healthy and HIV negative. It is the Girl Effect’s hope that raising awareness, as well as making schooling and health care more readily available to girls living in poverty, will allow them to marry when they choose and to raise a healthy family.

Mendoza first visited Rwanda with The Girl Effect in March 2011.

You get updates on Mendoza’s trip by following her on twitter @jessmendoza, and you can learn more about The Girl Effect by visiting the organization’s website at girleffect.org.

Catching Up With the Pride: Ashley Charters
USSSA Pride 10U Has Great Weekend in Competitive Field