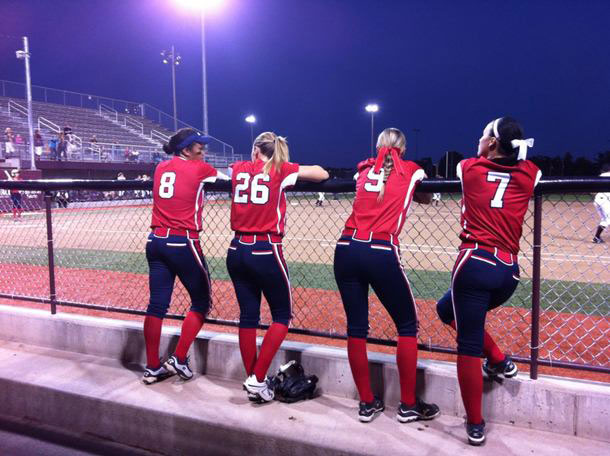 “Any time you have the opportunity to be on the field with some of the best players in the game, you are going to learn something,” said head coach Holly Hesse. “I was really excited to see some great at-bats against a hard throwing pitcher like (Jamee) Juarez.

Sophomore hurler Savannah Wiggins had a strong showing against the NPF All-Stars. She retired the first two batters on the game, including a strikeout of Ashley Charters. But back to back hits put the NPF squad ahead, 1-0.

Wiggins ran into trouble in the second inning as she surrendered four hits and NPF scored three runs to go ahead, 4-0.

Missouri State was able to get its first hit in the bottom of the second. With two outs, junior Caitlin Chapin laced a double just inside the line in left field. She was stranded on second and the score remained, 4-0 NPF.

Wiggins settled down in the third inning, retiring the NPF All-Stars in order. Fellow sophomore Jordan Esquenazi came on in relief to start the fourth inning. She allowed five runs in a third of an inning before being replaced by freshman Chelsea Jones, who finished the game for the Bears.

Jones threw an inning and two-thirds of shutout ball, walking one and striking out Olympic gold medalist Catilin Lowe in the fifth inning.

Missouri State’s offense was held in check by NPF pitcher Jamee Juarez. She allowed just two hits to MSU, with freshman Erin Duewel’s single to right center in the fifth accounting for the Bears’ other hit.

Missouri State will travel to Tulsa on Saturday, Oct. 8 for a pair of games against Central Arkansas (1:00 p.m.) and Tulsa (3:00 p.m.) to wrap up the fall exhibition slate.