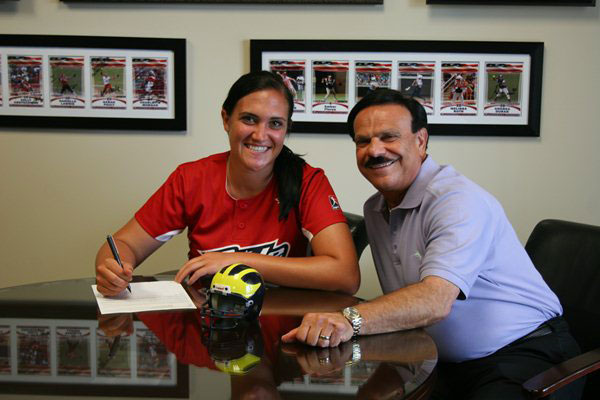 Kissimmee, FL- University of Michigan Alumni Jordan Taylor agreed to and signed a contract with the USSSA Pride on Wednesday, joining the Pride halfway through the teams 2011 campaign. Taylor was drafted with the 3rd pick in the third round of the 2011 NPF Draft.

Taylor will join a pitching rotation that includes Cat Osterman, Danielle Lawrie, and NPF veteran Sarah Pauly. The Pride are currently atop the NPF standings with a 19-7 record through 26 games this season. The USSSA front office makes this acquisition in hopes that she can add some depth to the Pride en route to their hopes of winning a second franchise title.