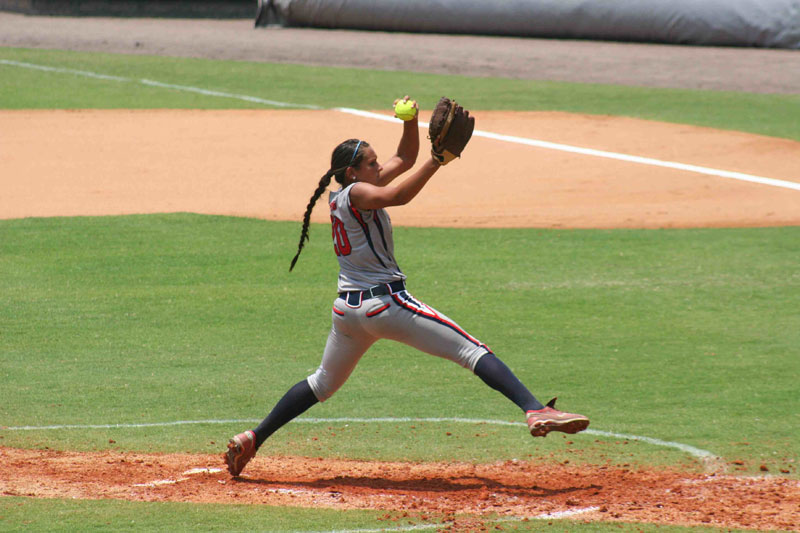 Orlando, FL— The USSSA Pride met the Chicago Bandits at ESPN Wide World of Sports for the series finale as the Pride hoped to win the series against the Bandits but could not do so as the Bandits edged out a win to tie the series 2-2.

Danielle Spaulding would take the mound against Chicago’s Taryne Mowatt. It would be Spaulding’s first career professional appearance in the NPF.
The game started fast for both teams as they bother managed to get a runner to third but only the Pride were able to capitalize as Samantha Findlay hit a sacrifice fly to left to score Natasha Watley, giving the Pride a 1-0 lead.

Alisa Goler led off the second with a Solo Home Run to deep center, making it a tie game. That would be the only run scored until the Bandits would once again capitalize on a solo homerun by Nikki Nemitz that hit off Caitlin Lowe’s glove in centerfield.

Nikki Nemitz would come in to pitch in relief for Taryne Mowatt in the 5th inning which as the game went on would prove to be a good move by the Bandits coaching staff.

Charlotte Morgan would come to the plat with bases loaded and no outs in the bottom of the 6th but Nikki Nemitz would get Morgan to hit into a 5-2-3 double play and then getting Andrea Duran to groundout to end the inning. It was spectacular play by the Bandits defense.
Cat Osterman would make a relief appearance in the final inning and would be successful in retiring the side to give the Pride a chance in the bottom of the 7th.

The bases loaded chance in the 6th inning would be the Pride’s last opportunity to put runs on the scoreboard as the Chicago Bandits would go on to collect the victory after a groundout to second by Mendoza with a runner in scoring position would end the game in regulation.

Nikki Nemitz would help herself collect the win as her solo homerun in the 5th would turn out to be the winning run. Nemitz would go on to walk one and strikeout one. Danielle Spaulding pitched a phenomenal game but would collect a loss after surrendering 2 solo homeruns while walking none and striking out 5 in 6 innings of work, with Cat Osterman finishing the game working the 7th.