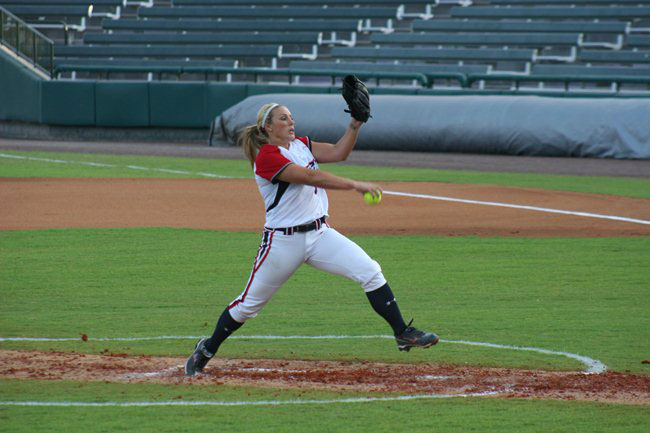 The Pride gave the ball to Danielle Lawrie in the Pride’s Opening Day contest against the bandits while the Bandits sent Jamie Juarez to the circle to face off against the USSSA Pride.

Ashley Charters started things off in the bottom of the first with single to centerfield. Jessica Mendoza followed up with a double and Charters advanced, scoring on the throw. The veteran Kelly Kretschman scored Mendoza with a single and the Pride ended the frame having scored their first 2 runs of the 2011 season.

The game continued quietly after the first inning with Danielle Lawrie showcasing why the Pride signed her in the 2010 season, as she blanked the Bandits, holding them to two hits while striking out 4 and walking 1. Vicky Galindo and Dorian Shaw were the lone hits for the Chicago Bandits in this first contest between the two NPF rivals. Jamee Juarez gave up two runs while striking out 5 and walking none.

The series looks to be a very competitive dual between two of the NPF’s most powerful and talented teams.

The action continues tomorrow at 3PM when the two teams square off in double header at ESPN Wide World of Sports in Kissimmee, Florida in a Nationally televised contest on ESPN 2. Stay tuned.