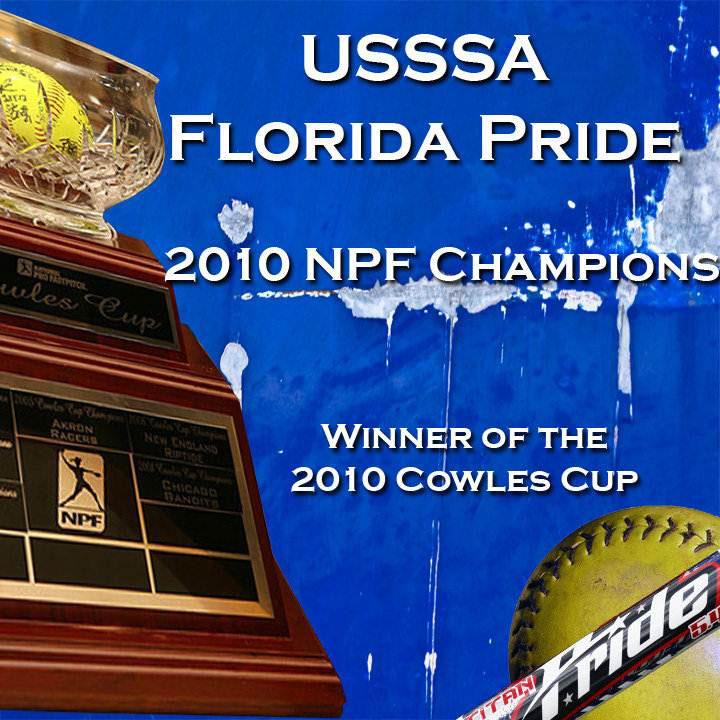 Osterman and the Pride out pitched and out hit the Bandits, putting seven runs off 12 hits on the scoreboard. Osterman held Chicago to just two runs on two hits, both Samantha Findlay home runs, for a 7-2 victory. The end of this game not only marked the end of the playoffs, but also the end of two illustrious careers for the Bandits — Jennie Finch and Stacy May.

Leading off the top of the second, Bandits first baseman Samantha Findlay stepped up to face off with Pride pitcher Osterman. Findlay proceeded to blast the first pitch deep over the left field wall for the solo home run, giving the Bandits a 1-0 lead.

With runners on first and second in the bottom of the second, Pride third baseman Andrea Duran dropped a bunt back to Bandits pitcher Kristina Thorson. Duran would be out on the play, but both runners would advance to second and third base.

Lauren Lappin, struggling in earlier playoff games, redeemed herself by blasting an 0-1 change up to the left field fence, scoring two runs to give Florida a 2-1 lead in the bottom of the second. Bandits starting pitcher Thorson was pulled following the double for Nikki Nemitz. With Lappin on second, Tonya Callahan blasted her own double, scoring Lappin for a 3-1 Pride lead.

Nemitz stopped the bleeding shortly after, getting the Bandits out of the inning down by two runs. Thorson finished the 1.1 innings of work with three runs on three hits with one walk and one strikeout.

It was rookie versus rookie as Charlotte Morgan faced off with Chicago’s Nikki Nemtiz. Morgan got the better of the two in the bottom of the third, ripping a solo home run over the left field wall to give the Pride a 4-1 lead.

With two on and no outs, Kelly Kretschman continued her hot hitting, blasting a two RBI single to right field, giving the Pride a 6-1 lead. Immediately following the single, Nemitz was replaced by Jessica Sallinger in the pitchers circle.

Nemitz finished the game with 1.2 innings pitched, seven hits for three runs and one strikeout in 12 batters faced. Bases were loaded with no outs as Sallinger stepped into the circle to face the potent Pride lineup. Sallinger stopped the bleeding as she got three straight Florida batters to ground out.

The bleeding continued just one inning later as Natasha Watley blasted a solo home run over the centerfield fence to put the Pride up 7-1.

With three outs left till elimination, Chicago’s Samantha Findlay blasted off on Cat Osterman for the second time in the game, bringing the score to 7-2. The home run would be the final time the Bandits touched the scoreboard, losing in the 2010 NPF Championship Series final to the Pride, 7-2.

The championship victory is the second consecutive National Pro Fastpitch trophy for Cat Osterman and the first ever in Florida Pride history.