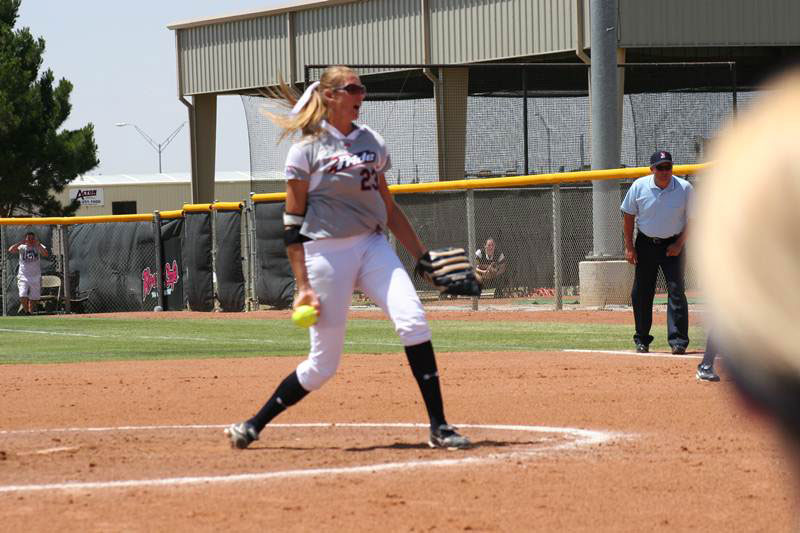 Kissimmee, Fla. – After two series at the ESPN Wide World of Sports Complex, the USSSA Florida Pride took to the field at the UCF Softball Complex to take on the Tennessee Diamonds in the season’s final series between the two teams before the NPF Championship Finals. In what remained a close contest throughout the evening, the Pride came away victorious in a 2-1 win.

The Pride struck first in tonight’s contest, when Jessica Mendoza ripped a two-run home run past the center field wall in the bottom of the first, bringing in herself and Kelly Kretschman who had previously reached on a walk. The inning closed on a foul-out from Charlotte Morgan.

Chelsea Spencer responded for the Diamonds when she led-off the fourth inning with a solo home-run on the first pitch issued by Pauly. A double from Megan Gibson put the visiting team in position to score again but two quick outs from Chelsie Mesa and Loryn Johnson retired the side.

Throughout the final three innings, each team only recorded one additional hit; a single from Lauren Lappin in the bottom of the fifth for the Pride and a double from Gibson in the top of the seventh, but the Diamonds were unable to come back from the deficit.

The two teams take to the field again tomorrow night for game two of the five game series at the UCF Softball Complex. The game is slated to begin at 7:05 pm.