Akron Racers and USSSA Pride Washed Out In Series Finale 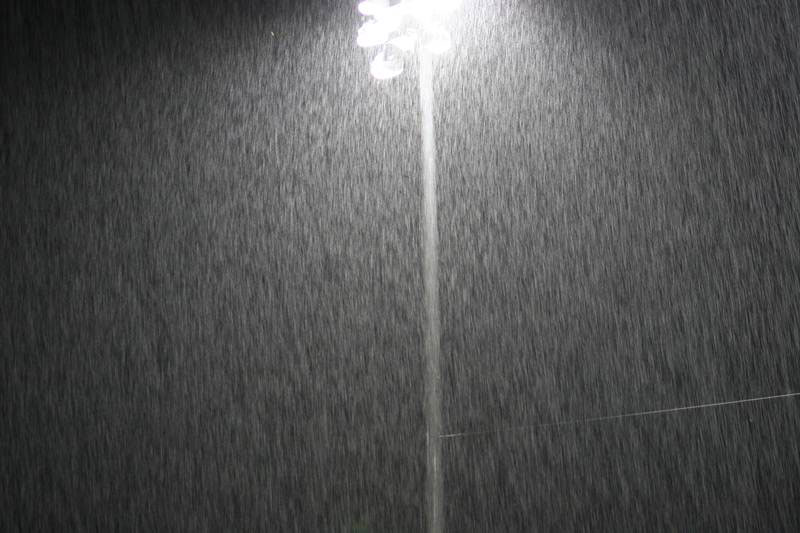 AKRON, Ohio (July 18, 2010) – The Akron Racers and USSSA Pride were washed out this evening at Firestone Stadium in the final game of a five-game series.

The game is officially suspended and will be resumed when Akron travels to Florida, August 19-22.

With one out in the top of the fifth inning and Jessica Mendoza at bat on a 1-0 count, lightening forced both teams into the dugouts before a constant and heavy downpour ensued. After a 45-minute delay, the game was called on account of the expected forecast.

The Pride are currently leading the game 2-0 after a RBI single from Natasha Watley in the second and a Racers’ throwing error in the fifth which enabled Watley–who dropped down a bunt single, to score.