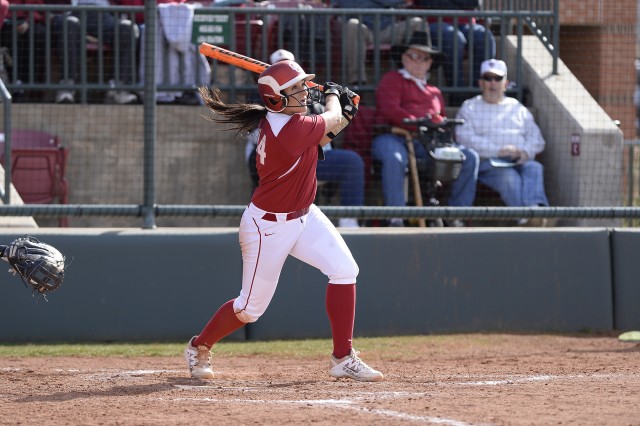 “Being drafted first was an honor. It was nice to see the hard work over the years pay off and have a team and general manager that had faith in me as the number one pick. Knowing I was drafted to the Pride brought more happiness because of the level of athletes I knew I was going to play with,” said Chamberlain.

“Three years ago, I planned for this pick knowing Lauren Chamberlain would be a senior. She has one of the most powerful bats our sport has seen and has become one of the biggest faces of our sport. We’re excited to watch her compete at the professional level and carry that dominance into the NPF,” said Pride General Manager Don DeDonatis.

Chamberlain took no time adjusting to the NCAA scene as she hit 30 homeruns in both her freshman and sophomore seasons. One of Chamberlain’s most memorable homeruns came in the 2013 Women’s College World Series (WCWS) final when she hit a walkoff two run shot in the 12th inning of game one. Chamberlain and the Sooners, including current Pride players Keilani Ricketts and Shelby Pendley, went on to win the 2013 National Championship.

Chamberlain was a four-time NFCA All-American, a Top 3 Finalist for the 2013 USA Softball Collegiate Player of the Year and Top 10 Finalist in 2015. She was the 2012 Big 12 Freshman of the Year, a three-time member of the All Big 12 team, and a three time NFCA All Region selection. Chamberlain played alongside fellow rookies Amber Freeman and Pendley on the 2010-2011 US Junior Women’s National Team and was named the 2010 USA Softball Athlete of the Year for the team.

“I am looking forward to the competition in the NPF and the friendships, and also seeing my game go to another level. I get to play with and against some of the best softball players to ever play the game. I’m excited to see what the good competition around me can do to my level of play,” said Chamberlain.

Beyond the homeruns and records, Chamberlain has become a role model in the softball community and someone who is vocal about growing the sport and aspiring young players.

“My message to young girls is to work for what you want. Be confident in your abilities and trust your work ethic. It takes a lot of sacrifice and time to get here but the pay off is so worth it. Stay in love with the game of softball and keep it fun!”

Chamberlain will make her professional debut this weekend when the Pride open the 2015 NPF season with a trip to McKinney, Texas to take on the Dallas Charge. Games three and four of the series will be televised nationally on CBS Sports Network.