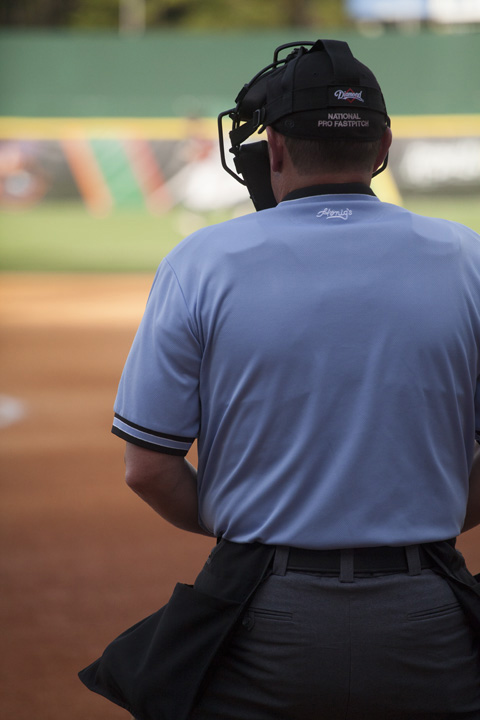 Nashville, TN – May 15, 2015 -The National Pro Fastpitch League has released its staff of umpires for the 2015 season. This season for NPF, 26 umpires will make up the roster. Those umpires collectively represent 16 states that include Alabama, Delaware, Florida, Illinois, Indiana, Kentucky, Massachusetts, Michigan, Mississippi, Missouri, New Jersey, New York, Ohio, Pennsylvania, Texas and Wisconsin.

“Top officiating is, without a doubt, a priority for the league,” commented NPF Commissioner Cheri Kempf. “We know we are putting the most talented athletes on the field to compete at the highest level each year, and we recognize, to do that competition justice, we must also be placing the most talented umpires on the playing field. I am confident we are doing that with this year’s staff.”

Ed Whipple is currently in his third season as the NPF Supervisor of Officials. His stint as Supervisor follows an 8-year span as an acting umpire in the league. Whipple is in charge of assembling the staff each year, making game assignments including crew Umpire in Chief’s, selecting Championship Series umpires based on season evaluations, and coordinating the daily functions of the umpire staff in-season with the league and teams.

The NPF 2015 regular season schedule is comprised of 120 games. The regular season is made up of equal home and away match-ups through a balanced schedule of the league’s 5 affiliate teams. The NPF’s 5 affiliate teams are the Akron Racers (Akron, OH), Chicago Bandits(Rosemont, IL), Dallas Charge (Dallas, TX), Pennsylvania Rebellion (Washington, PA), and USSSA Pride (Kissimmee, FL).

The regular season schedule will take place in 16 different venues across 8 different states. NPF’s regular season Opening Day is May 29th and features a series match-up of the Chicago Bandits at PA Rebellion in Washington, PA. The 2015 season will feature 8 weeks and 16 total games of live television coverage on CBS Sports Network. In addition to that, CBS Sports Network will also feature every game of the Championship Series.

National Pro Fastpitch umpires are selected each year based on experience and performance at both the NCAA and NPF levels. Umpires within the league are evaluated each game by both participating teams as well as each member of that particular umpiring crew. Based on those evaluations, a crew of 4 umpires are selected to officiate the league’s hallmark event, the NPF Championship Series. For the second year in a row, the Championship Series will be held in Hoover, Alabama at the Hoover Metropolitan Stadium. The dates of the 2015 Championship Series are August 14-18.

To see more information on the 2015 schedule and much more, go to: www.profastpitch.com.