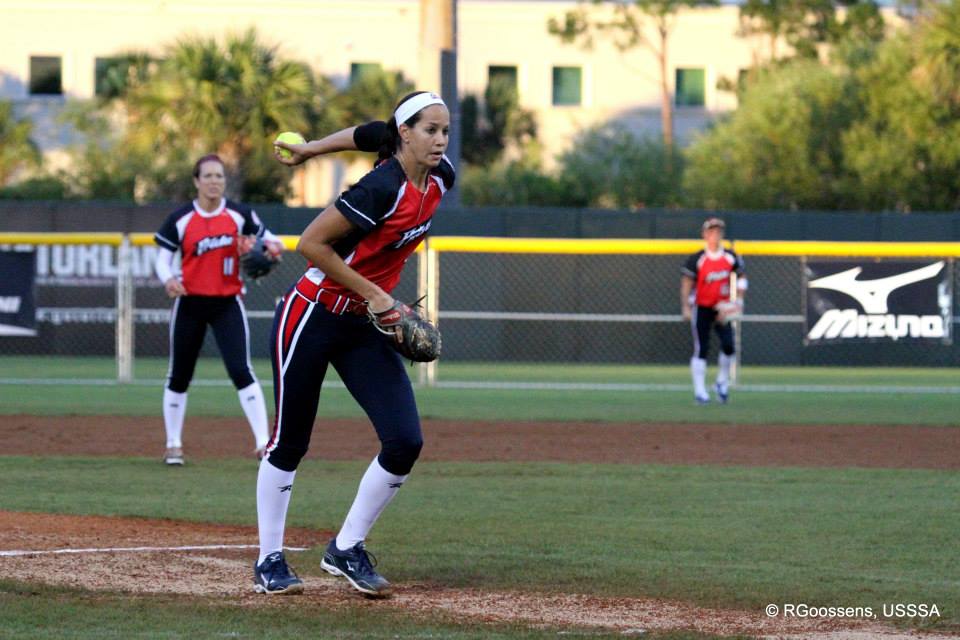 ROSEMONT, Ill. – August 18, 2013 – The Chicago Bandits are regular season champions and earned an automatic bid into the National Pro Fastpitch Championship series after defeating the USSSA Pride 3-1 tonight in front of another sold out crowd at the Ballpark at Rosemont. The Bandits used a two-out rally in the fourth inning to comeback from a 1-0 deficit and take the lead to defeat the USSSA Pride.

With Jennie Finch throwing out the first-pitch, two other legendary pitchers took the circle with Monica Abbott and Cat Osterman battling for the regular season title.

The Pride jumped out to an early 1-0 lead in the second inning after Kristyn Sandberg’s line-drive homerun to right-center field.

Similar to last night’s game, the comeback rally started in the fourth inning, but this time it was the Bandits responding from a 1-0 deficit. Alisa Goler started the rally by drawing a two-out walk. Amber Patton’s single brought home pinch runner Danielle Zymkowitz to tie the game and Vicky Galindo hit the go-ahead single to bring home Patton.

Chicago added an insurance run in the fifth after Megan Wiggins drew a walk on an eight-pitch at-bat and stole second. Nerissa Myers’ groundout advanced her and she scored off a wild pitch to give the Bandits a 3-1 edge.

Abbott closed out the game in the seventh inning by striking out the first two Pride batters and getting a pop up to end the game. She finished the game with eight total strikeouts, while only allowing three hits and one run. Osterman recorded five strikeouts, allowing six hits and three runs.