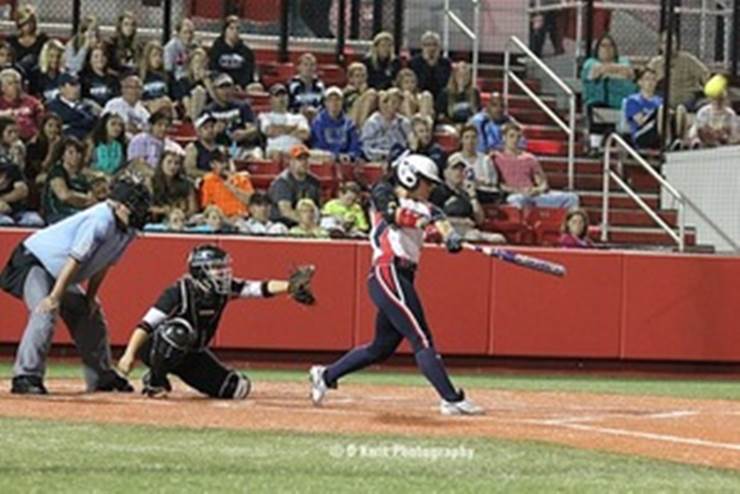 Rosemont, Ill. – Mel Dumezich and Cat Osterman faced off tonight in the second game of the series. The Pride regained a first-place tie with the Bandits in the NPF, evening up the series at 1-1.

Neither team was able to convert any runs in the second despite multiple hits. Ashley Charters was the first to make contact for the Pride with a single and stole second, but she was left stranded. Amber Patton led off the bottom half of the inning with a walk for the Bandits. One out later, Tammy Williams moved her over to second by beating out the throw to first, earning an infield single. Despite a double steal, both Bandits were stranded.

Caitlin Lowe led off the third with a single, followed by a walk and a fielder’s choice, which loaded the bases. Mel Dumezich and the Bandit defense escaped the inning by getting a strikeout and two infield fly outs. The Bandits also threatened in the bottom half with a leadoff single by Megan Wiggins, who stole second. Kristen Butler drew a two-out walk, but both were left stranded. The score was still scoreless after three.

The Pride scored the first run of the game after Ashley Charters led off the inning with a double. Nikia Williams brought her home with a single to left field. The Bandits threatened with another leadoff single by Brittany Cervantes in their half of the inning. Kimi Pohlman got her to second with a sacrifice bunt, but Cervantes was left stranded as the Pride took a 1-0 lead heading to the fifth.

Michelle Gascoigne came into the game to relieve Dumezich for the Bandits and got a quick 1-2-3 top of the fifth and sixth.

Nikki Nemitz came in to close the game for the Bandits and gave up four runs. Williams got her second hit of the game when she led off with a double and Andrea Duran followed with an infield single. Both runners advanced on a passed ball, and Kelly Kretschman loaded the bases with a walk. Jenn Salling, who came into the game defensively in the sixth, hit a grand slam to open up the game 5-0.

Despite a late inning rally, Cat Osterman was able to hang on and earn her fourth win of the season, holding onto the top spot on the win category in the NPF. She also recorded 11 strikeouts, upping her total to 50 on the season.

The third game of the four-game series is tomorrow, Saturday, June 22. First pitch is set for 7:35 P.M.