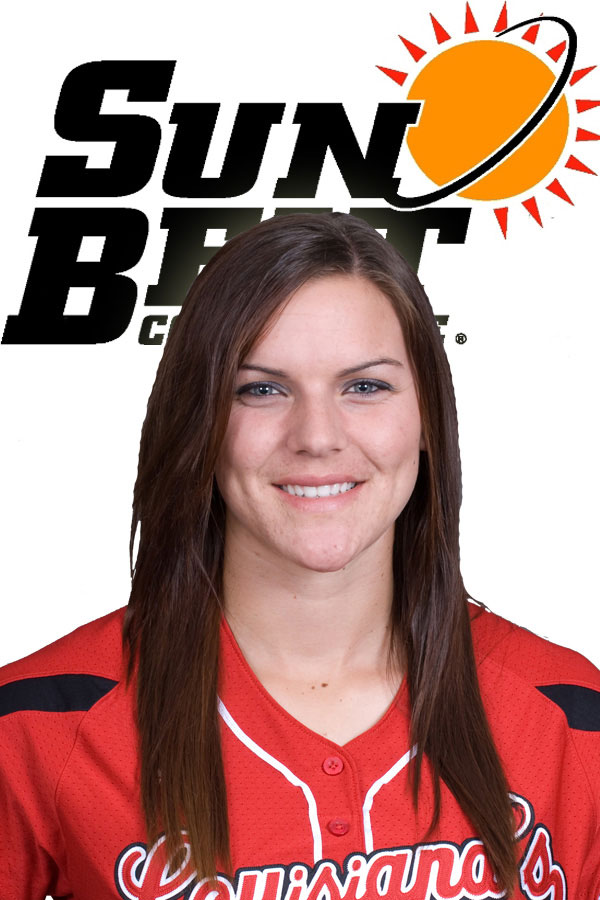 For the second consecutive year, Christi Orgeron, the 20th overall pick made by the USSSA Pride in the 2012 NPF Draft, was named the Sun Belt Conference Player of the Year.  The Announcement was made by the SBC on May 9.

Orgeron, utility player for the University of Louisianna at Lafayette, leads the nation in RBI with 89 and RBI per game with 1.82.  Orgeron has also become the SBC career leader in doubles (62) and RBI (283).

The Ragin’ Cajun earned a spot in an outfield position on the SBC All-Conference First Team.

For the complete All-Conference Announcements from the SBC, visit SunBeltSports.org.