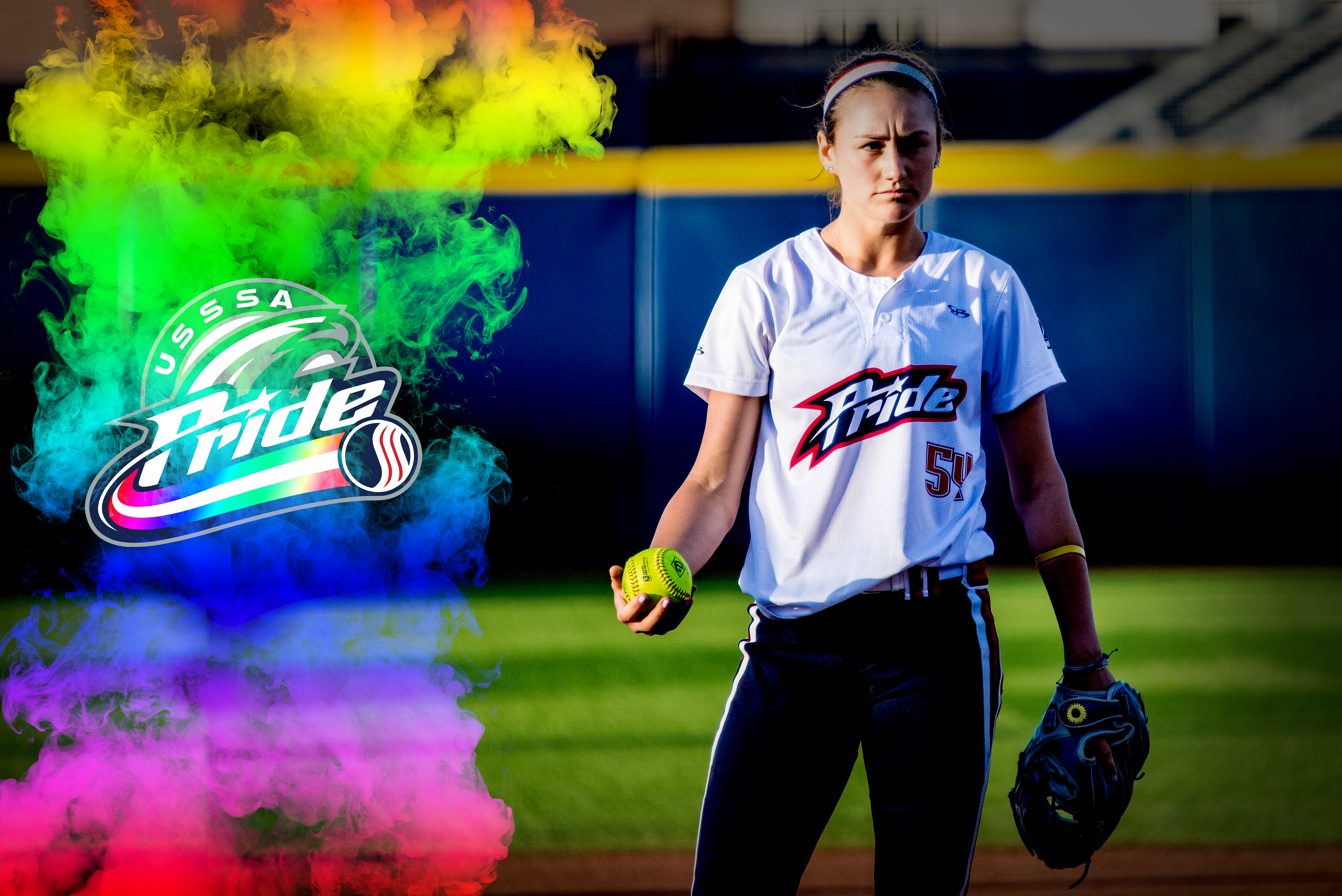 Viera, FL — As we kickoff June’s LGBT Month, the USSSA Pride announce they will host professional softball’s first-ever LGBT Pride Night on June 20th to celebrate diversity, equality and inclusion. Following the lead of other men’s and women’s major professional sport leagues like the MLB, WNBA, and NWSL, the USSSA Pride will become the first team in the National Pro Fastpitch (NPF) to officially recognize a night dedicated to the LGBT community

“The evening will be a celebration of equality and inclusion while also recognizing key members of our fan base and building community within. It is important that we take a stand publicly to show every one of our fans that we support and embrace them regardless of gender, ethnicity, or sexual orientation,” said Jami Lobpries, USSSA Pride’s Director of Marketing and former NPF player. “This is will be a special night for our community, fans, and our team.”

Pre-game festivities will begin prior to the game’s first pitch which is scheduled for 7:05 pm at USSSA Space Coast Complex in Viera, FL. The USSSA Pride is inviting survivors and first responders from the Pulse nightclub tragedy to be a part of the pre-game ceremonies. June 12th is the two-year mark of the horrific tragedy in Orlando, which is only 50 miles from Space Coast Stadium. Special game-worn jerseys from Boombah will be auctioned off during the game with proceeds benefitting the onePULSE Foundation. The onePulse Foundation was established to create a sanctuary of hope and honor the victims, survivors, and first responders of the Pulse shooting.

“It is an honor to play in the league’s fire ever LGBT Pride night and to help promote unity and acceptance in our sport and society. Our home state of Florida has rallied around this cause after the tragedy at Pulse nightclub in Orlando two summers ago. It’s time the NPF joins the effort and speaks up for the LGBT community for basic human rights of life, liberty, and the pursuit of happiness,” commented first baseman Hallie Wilson.

Veteran outfielder Megan Wiggins added that the USSSA Pride players are excited to be a part of this community-building night. “I think it is important as a professional league to celebrate equality and the unity of people and to celebrate the differences that make up the world we live in. Having a LGBT night shows how our league and our team, the USSSA Pride, can celebrate the progression of societal equalities. It is an honor to be able to be part of a team and organization who sees this as something to celebrate and give others the opportunity to celebrate as well.”

“Pack the Park with Pride” will be embraced throughout the stadium from pre-game ceremonies, promotional food and beverage offerings, in-game entertainment, and themed merchandise. In addition, there will be community outreach and activation with local Space Coast and Orlando LGBT groups.

The USSSA Florida Pride is a professional franchise in the National Pro Fastpitch League that is owned and operated by USSSA. The amateur organization of USSSA has multi-sport coverage and encompasses teams and players from the United States and abroad

USSSA Space Coast Complex is located in Viera, Florida and owned by USSSA, the world’s largest multi-sport athletic organization. The complex has 15 AstroTurf fields including five NCAA Softball approved fields, five NCAA Baseball approved fields, and three fields equipped with HD video scoreboards. USSSA Space Coast Complex is located in Brevard County on Florida’s Space Coast with over 72 miles of coastline and beaches and only 45 minutes from the Orlando Airport.

NPF teams up with ESPN+ for 2018 season
Continuing education might help you receive a certification that is better.