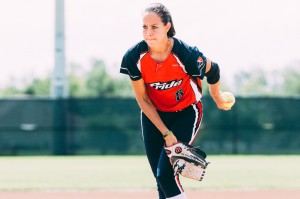 Yes I realize I skipped a month and this is 4 days past due as well! I am sorry to keep you all waiting SO long. However, my other job (coaching) has consumed my time and my brain! When February rolled around, getting ready for the first weekend of games kept me busy. Hosting tournaments is great, but gathering as much info as you can on teams you haven’t ever seen play before it not always fun. Having coached Division 2 for the last three years, I was really out of touch with Division 1 teams.

Speaking of season, it’s flying by! I cannot believe it’s already March and we are starting conference play. In a week or two we’ll be half way through. Time needs to slow down a bit for me. As much as I am excited about the summer, I am not quite ready for it to be here yet. Although, the warmer weather would be nice. This climate change… global warming… whatever you want to call it, is not ok! 35 degrees in Texas in March is unheard of, until now.

When we asked what you guys would like me to talk about, there was an array of topics. Since there have been a lot of changes going on in the league, I guess I will touch on that!

First and foremost, it’s exciting to see us growing! The new team in Dallas is a very welcomed addition. Granted many people will question why we have five teams and not keep an even number, but let me tell you as a player (or maybe as a pitcher) I welcome facing lineups even one less time than in summers past. We all love playing, but sometimes you just want things to mix up a bit. It will be nice to have a new team, with a lot of new faces. Personally, I am also excited the team is in Texas. I think Texas supports softball so well that it was a no brainer to have a team. I look forward to when the Pride comes to Texas to play! I always welcome trips back to my home state.

Osterman and Lowe, who won an Olympic silver medal together, were Pride teammates from 2010-2014

The Pride has had some roster changes as well, but none will be felt more than the retirement of Caitlin Lowe. I have had the privilege of playing with Caitlin for nine or ten years I think. It’s been a long time! She’s patrolled center field, robbed hits, and saved me a number of times. When you read everyone’s testimonials about how she approached the game, they are all dead on. She practiced like she played, all out. When we would take pre-game BP, when her group was shagging, we moved the screen over and vacated center field because Cait would take reads just like it was game time. This was the norm, as it should be. Besides leaving a hole in center field, a great person is leaving our locker room. I’ll miss the laughs and conversations with you Cait!

With Cait’s departure, the Pride added Megan Wiggins to our roster. I can go out on a limb and assume she will be in center field for us. I can’t think of a better outfielder to come in and fill that void for us. Wiggins has some great reads in the outfield, and I’ve already made sure she knows nothing drops. 😉 It’s obvious she’s a competitor, and over the last couple years I’ve gotten to know her better off the field. I am excited to add her to our team. It’ll be a new dynamic, but one that I think will allow our line up to remain strong.

We also added Andi Williamson to our rotation. I am excited to have her on our team. I talked with Andi a lot her rookie year, and I think she has some good stuff. As a veteran, I love talking the game, so I can’t wait to share my insights with her and watch her grow with our team.

We did have to say bye to Alexa Peterson and Kristyn Sandberg. It’s hard to see any teammates go. For me, it was hard to hear Sandberg was headed to the Rebellion. It’s no secret she is one of my best friends, and we have spent the last two summers essentially attached at the hip. However, it’s a business, and moves are made that our owner feels are the best for our team. It will be different to see them on the other side of the field next year!

Well, we start conference this weekend, so I better get back to work! I won’t be late next month!