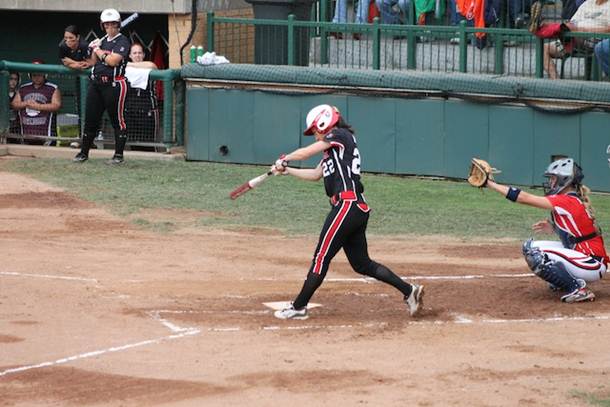 Firestone Stadium, Akron, Ohio – July 19, 2012 – The Akron Racers made use of their pitching staff tonight in their battle against the USSSA Florida Pride. With the Pride scoring seven runs before the fifth inning.

Cat Osterman (4-3) and her defense held the Racers scoreless the entire game, winning the game 12-0 over the Racers.

Racers’ starting pitcher Kristina Thorson (4-4) gave up two two-run home runs and two walks in the top of the third inning, bringing in Jen Mineau to take her place in the circle. Mineau smoldered but could not put out the Pride’s offense. Lisa Norris was brought in to pitch in the top of inning five and helped bring the game to a close for the Racers, but not after the Pride amassed 12 runs on 16 hits.

A bright spot for the Racers, Lisa Modglin (.293) created chaos with a double to centerfield in the first inning and catcher Sam Marder (.340) in the fourth inning with a fly ball passed second base for the only two hits of the game for the Racers.

The Pride’s substitute batter Jamee Juaraz (.250) did her part as she drove in an RBI in the top of the fifth inning, as did Caitlin Lowe (.379) with two line drives to the outfield during the first half of the game.

The Pride out hit the Racers tonight, taking the game 12-0.

The Racers continue their fight against the Pride Friday, July 20 at 7:05pm at Firestone Stadium. Tickets can be purchased online at www.akronracers.org or by calling (330) 376-8188.