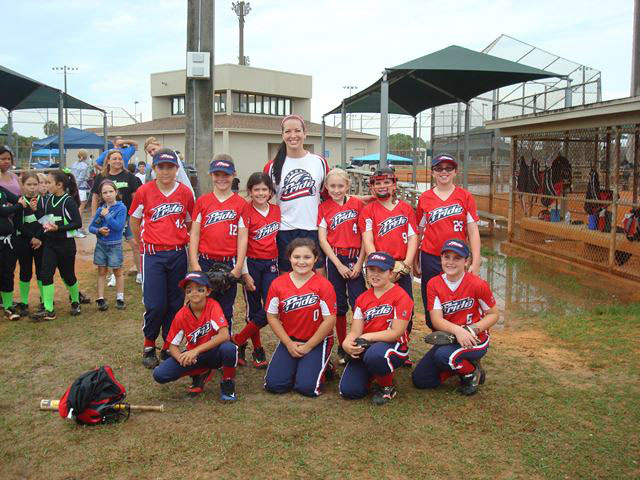 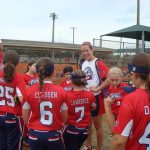 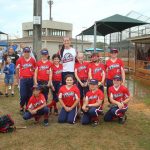 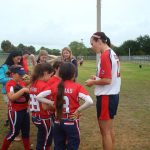 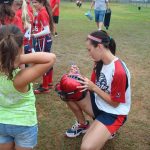 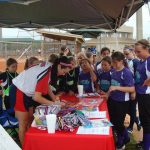 The USSSA Pride’s Ashley Charters ventured out to the local USSSA tournament to promote the National Pro Fastpitch and the USSSA Pride.   One of the sites for the 11U teams took place at Okeechobee Park in West Palm Beach, Florida.  Despite the weather bringing some unexpected showers early in the morning the moral was not lost.  Charters was on hand to meet a number of the teams in the tournament before and in between games.  One of the teams Charters met with was the newly developed Junior Pride team, which bears the same uniforms as the professional USSSA Pride.

Many of the teams that showed up to the USSSA sanctioned tournament were excited to learn that one of the USSSA Pride’s series will be played a few hours away at the Space Coast Stadium in Viera Beach, Florida on July 14th.  Overall the appearance was a great success in spreading the word of the NPF and gaining some home support for the USSSA Pride.

More in Connecting with Charters

Connecting with Charters: Cruising to another level
Sonya’s Health & Fitness: Anterior Cruciate Ligament tears – how to tackle such a common injury