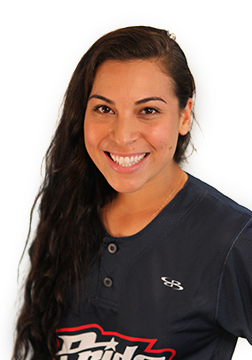 PROFESSIONAL: Enters her second season in the NPF with the USSSA Pride. Romero was drafted in the 2016 NPF College Draft by the USSSA Pride as the 2nd overall pick.

PERSONAL: Sierra was born on March 19, 1994 to Michael and Melissa Romero. Enrolled in College of Literature, Science and the Arts, majored in general studies. Has three siblings: Sydney, Michael and Sophia. Younger sister Sydney plays for Oklahoma. Played alongside younger sister on Team USA. Would love to have dinner with Mike Trout, Channing Tatum, and David Beckham.