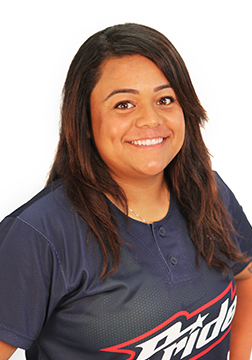 PROFESSIONAL: Enters her first season in the NPF with the USSSA Pride. Signed on as a free agent before the 2016 season.

PERSONAL: Born Melissa Taukeiaho on February 13, 1994 to Angela Vargas and Williams Taukeiaho. Favorites include watching movies, shopping, hanging out with friends and listening to music. Has several family connections to the Pac-12 as she has had relatives play football at Arizona State and Oregon State. Majored in physical therapy and aspires to become a doctor and specialize in sports medicine.